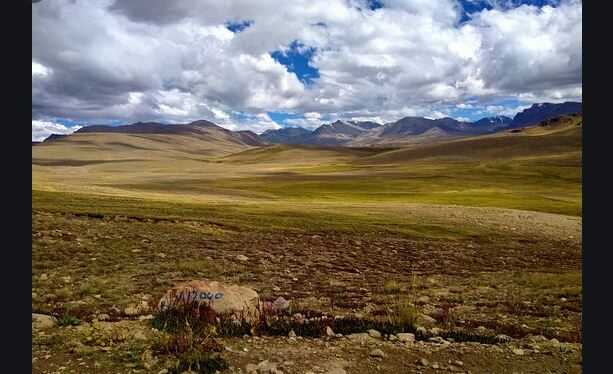 ISLAMABAD, MAR 21 (DNA) – Experts speaking at a webinar urged the federal and Gilgit-Baltistan governments to refrain from sloping changes in the legal frameworks governing the protected areas in high mountains especially Deosai and Central Karakoram national parks. There are many other venues to promote adventure sports in Gilgit-Baltistan off these protected areas.

They especially questioned the skiing feasibility conducted recently by the Italians from Astore through the Deosai National Park that was supported and organized by the Italian INGO known for the mountain conservation.

Ashiq Ahmed Khan said the Gilgit-Baltistan wildlife and environment are run by different Acts that create confusion over the implementation of the legal frameworks. Secondly the government is more interested to promote tourism for the livelihood of locals and to earn more foreign exchange.

That is why they have proposed more lenient legislation for approval. He proposed activities outside of the protected areas and uniformity of wildlife and environmental legislation.

Talking about the skiing traverse organized by the Ev-K2-CNR in Deosai National Park, he said the Italian INGO has long struggle for mountain conservation. Certainty, it would take care of the ecology of Deosai National Park before to suggest anything.

However, he agreed that no activity will remain limited in the long run, and the provincial government will have no resources or moral grounds to restrict the sports and festivities once started in the protected areas.

Dr. Ejaz Ahmed Khan mentioned that on the ecology report of WWF-Pakistan and severe resentment from the environmentalists, the Supreme Court of Pakistan had given a decision against any undue human intervention in the Deosai National Park.

The provincial and the federal government shall respect the Supreme Court verdict, and refrain from opening any Pandora’s Box. Rather we shall tighten the noose for violators.

Devcom-Pakistan Executive Director Munir Ahmed appreciated the government for declaring more protected areas for the sake of conservation of natural resources, and taking up many other green initiatives. They have certainly helped to improve the climate action indicators. The protected areas need to be taken care with more vigilance and dedication.

Working out a feasibility for skiing in Deosai National Park seems to be unwarranted when we already have Nultar in Gilgit-Baltistan and Malam Jabba in Swat (Khyber Pakhtunkhwa). We need to be careful while taking such initiatives. The Ev-K2-CNR has successfully organized first ever Pakistan K2 expedition with the high altitude porters in 2014.

It would be great if more expeditions of same kind shall be organized in future too instead of exploring skiing in Deosai national park. The Economic Affairs Division (EAD) shall conduct cost-benefit analysis before giving go-ahead to such type of initiatives in the national parks and protected areas.

Saeed Abbas said tourism promotion is getting more focus of the federal and provincial governments. It would have environmental consequences if rational decisions are not made. The Wildlife Act 1975 is under the process of revision, and it feared that the government will prefer some lenient view towards the environmental conservation.

However, he believed that while having some other venues for winter adventure sports, the GB government shall not explore skiing opportunity in Deosai national park where millions of dollars have been spent to keep the ecological systems and habitats intact.

It is not only the one protect area, many other protected areas also need to have government’s priority for conservation. Life downstream depends on all the resources upstream.=DNA