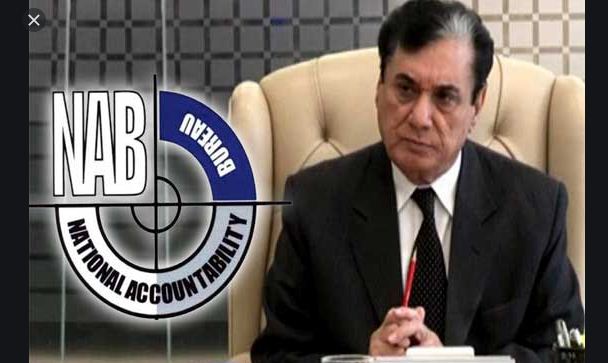 ISLAMABAD, Mar 20 (DNA): Justice Javed Iqbal Chairman NAB has said that
NAB taking action against those who were untouchables in the past.

He said that NAB and Pakistan can co-exist; however, corruption and
Pakistan cannot,” he said, adding that some people were “hiding behind
their cases of alleged corruption, money laundering, assets beyond known
sources of income and misuse of authority by blaming NAB.

Justice Javed Iqbal Chairman NAB has said that NAB believes in “zero
corruption, 100% development”. “NAB is absolutely committed to rooting
out corruption as our Father of the Nation Quaid-i-Azam Muhammad Ali
Jinnah had termed “One of the biggest curses…is corruption and
nepotism.

NAB is taking action against all those as per laws who remained in
government, were untouchables in the past and are now being questioned
about their illegal actions, misuse of authority, assets beyond known
sources of income, money laundering and loss to national exchequer.

He said that NAB is making all out efforts to eradicate corruption from
the society without caring about powerful and big fish having allegedly
unprecedented stories on their credit. He said that has recovered Rs.487
billion during the tenure of present management which is a record
achievement.

NAB was established in 1999 to eradicate corruption and to recover
looted money from corrupt and deposit it in national exchequer. NAB has
its Headquarters in Islamabad and eight regional bureaus located at
Rawalpindi, Lahore, Karachi, Quetta, KPK, Multan, Sukkur and Gilgit
Baltistan.

Today, Pakistan is considered as a role model for SAARC Countries in
eradication of Corruption due to NAB’s efforts. Pakistan is the first
Chairman of SAARC Anti Corruption Forum which is a great achievement for
Pakistan due to NAB. This is just because of the proactive
Anti-Corruption Strategy adopted by NAB under the dynamic leadership of
Honorable Justice Javaid Iqbal, Chairman NAB.

After assuming the responsibilities of Chairman NAB, Honorable Javaid
Iqbal on the very first day during address to NAB Officers gave his
vision and policy which was “Accountability of All”. Today, NAB has been
rejuvenated in order to eradicate corruption from Pakistan. Chairman NAB
is not only reviewing performance of NAB on a regular basis, he has also
monitoring the performance of all regional bureaus in order to complete
all complaint verifications, inquiries and  investigations within the
stipulated time period of ten months.

Moreover, NAB has proved that NAB’s actions against all stakeholders are
across the board as NAB does not believe in victimization. The prestige
and repute of NAB has increased manifold due to its indiscriminate and
visible action against the mighty as NAB sees case not face.  Chairman
NAB Justice Javed Iqbal has spent more than 40 years of his life in
providing justice to people.

He believes in self respect of humanity and does not believe in
breaching self esteem of any person. NAB’s actions under the leadership
of Justice Javed have been lauded by national and international
organizations, civil society and people at large. Today, the whole
nation is with NAB for corruption free Pakistan.

NAB has a clear policy on NAB’s Faith, Corruption Free Pakistan. NAB
would continue its efforts for indiscriminate accountability to all as
under the dynamic leadership of Honorable Justice Javed Iqbal, Chairman
NAB has rejuvenated NAB and corrupt are being brought to justice as per
law.
=======