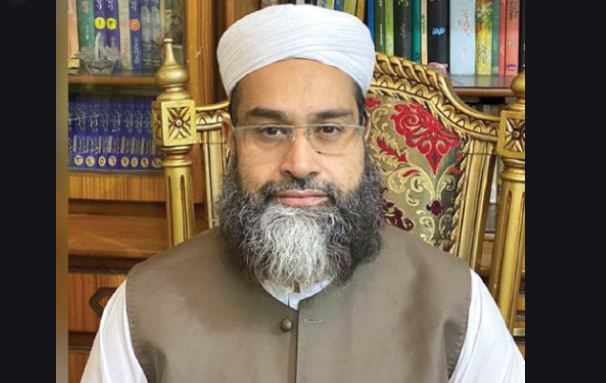 Talking to journalist, Hafiz Ashrafi, who is also Chairman, Pakistan
Ulema Council (PUC) stressed for redoubling the efforts to seek
political solution on the issue of Yemen issue.

Ashrafi said that Pakistan’s stance from day one was that foreign
interference in Arab Islamic countries should come to an end. Countries
and elements who used to support terrorist groups, individuals and
organisations must be held accountable.

Extremism and terrorism on the behalf of Islam was an oppression, which
Muslim countries must handle with mutual unity and stability. Some
80,000 Pakistanis have sacrificed their lives in the war against
terrorism, he said and added that, today, with praise of God, Pakistan
has overcome the menace of Terrorism.

Ashrafi said that the visit of the leaders of the Gulf countries to
Pakistan and the visit of Foreign Minister Shah Mehmood Qureshi to Egypt
have given a new impetus to relations between Pakistan and Arab Islamic
Countries. The Government was making continued efforts to promote and
strengthen economic, religious, cultural and tourism relations instead
of seeking debt an aid, he remarked.

Efforts to resolve the visa issue and enhancing cooperation with Kuwait
in various fields was major success and practical undertaking of the
government’s successful foreign policy. He said that the visa issue
between Pakistan and Kuwait was being resolved after nine years adding
that both of the countries are moving towards mutual understanding.

Responding to a question, he said the solution to the confrontation
between Pakistan and India was to resolve the Kashmir issue. Pakistan
does not want war but Pakistan has the capability to respond to any
aggression, said Ashrafi. “Our armed forces as well as the nation
believe in faith, piety and Jehad for the sake of God,” he said.

Indian intelligence agencies had planned to assassinate key Pakistani
clerics and religious scholars, which has been foiled by the Pakistan’s
security agencies successfully. Ashrafi said that there was no question
of recognizing Israel. Pakistan will accept the same solution of Kashmir
and Palestine as accepted by Palestinians and Kashmiris.

He said that Gulf Cooperation Council (GCC) was a very strong forum of
Arab countries and Pakistan has strong ties with GCC and this
relationship will be further strengthened in future.