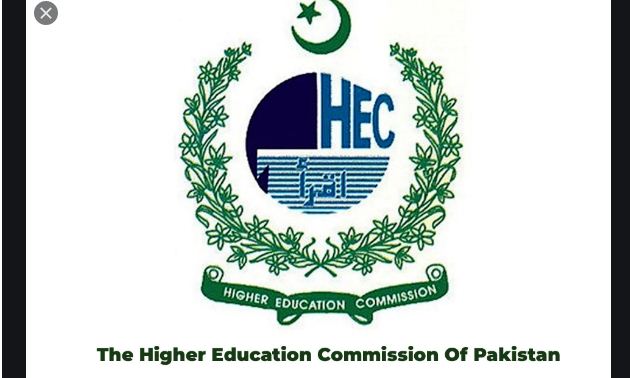 Islamabad, MAR 20 – Education is the key to ensure inclusivity, social cohesion, and peaceful coexistence in a multicultural society. This was stated by Executive Director Higher Education Commission (HEC), Pakistan, Dr. Shaista Sohail while addressing the closing ceremony of a three-day series of webinars entitled, “Nurturing Peaceful, Respectful and Inclusive Societies in Pakistan: Seerat counters hate speech through decisive action,” jointly organised by HEC and the United Nations Office on Genocide Prevention and the Responsibility to Protect.

Twenty four speakers from three continents, i.e., Asia, America, and Europe, including representatives of minorities and youth, expressed their views in six different sessions on Seerat and Global Peace; Perspectives of Diverse Religious Communities of Pakistan; Global and Local Perspectives; Youth, and Concluding Recommendations for Manual.

The webinars aimed at encouraging peaceful, inclusive, and empathetic communities in Pakistan through tools like active and continuous intersectional participations, dialogue, and collaboration. These events also aimed to contribute to achieving the Sustainable Development Goals (SDGs), in particular SDG16 on building peaceful, inclusive and just societies.

She hoped that the webinars would prove to be a stepping stone towards achieving the goal of giving an end to hate speech, violence, persecution, marginalizedation, and stigmatisation of specific groups. The manual of the webinars, being prepared on the basis of the thoughts shared by speakers, will be a rich contribution to inspiring the youth to move towards a more tolerant society.

She expressed a confidence that the future would witness the gaps and deficiencies in the way of mutual cohesion shrinking. “We have to ensure our children are encouraged to mix up with minorities, empathize with them like the last Prophet (PBUH) did, and be honest and truthful in their affairs.”

She assured the UN officials of HEC’s full support in carrying out webinars and workshops on efforts to combat hate speech in the future.

In her closing remarks, United Nations Special Adviser Dr. Alice Wairimu Nderitu emphasised building resilience against hate, online and offline, while upholding the role of youth in this regard. There is a need for promoting, among people, the skills of mediation and negotiation in case of differences and conflicts, she underlined. She hoped that the webinar discussions would contribute to achieving the SDGs.

She said that the message of President Arif Alvi, who addressed the webinars opening ceremony on March 17, to opt for forgiveness in case of any confrontation was universally applicable and beneficial.

Secretary General of Religions for Peace Prof. Azza Karam acknowledged the role of religious institutions, including non-government organisations, and religious leaders in serving communities around the world. She informed the audience that Al-Azhar University and various other universities of the Islamic world were also collaborating with the Religions for Peace in promoting religious harmony.

She noted that Pakistan was a home to different major religions of the world, including Sikhism, Buddhism, and Hinduism. Pakistan has a very important and strategic role, given the value and role of religious identities, in promoting interfaith harmony not only for the Muslims but also for the non-Muslims. She stated that instability in Pakistan meant instability across the region.

Prof. Karam highlighted the role of Pakistani youth in the Arms Down! Campaign for Shared Security, the drive to engage religious leaders and believers around the world to unleash the power of multi-religious cooperation through shared action. She stressed the need for continuity in the efforts for the common purpose of disarmament, especially mobilisation for nuclear disarmament.

UN Special Rapporteur on Freedom of Religion and Belief Dr. Shaheed said that Islam protected and preached respect for human rights. He emphasised engagement of people with multicultural identities to dispel wrong impressions about Islam in terms of human rights. He also underlined the initiatives happening globally for prevention of incitement and violence, including the Rabat Plan of Action.

He also appreciated the role of Pakistan in addressing hate speech and contributing to the development of the UN human rights framework. He added that Pakistan made people free about their religions and promoted respect for diversity and pluralism. He said the Prophet of Islam provided a formula of mutual understanding and respect by involving non-Muslims in placement of the Blackstone in Kaaba. He also expressed concerns over the growing Islamophobia and anti-Muslim hatred.

Dr. Edward Kessler, founder of Woolf Institute, Cambridge, UK, presented recommendations and successful examples of peace building tools. He shared with the audience how the Woolf Institute taught the Pedagogy of Dialogue. He said that the institute advised the students to begin with common ground, explore perception, engage in dialogue, and respect differences. “Living with diversity requires tolerance,” he emphasised.

He underlined that education was very important tool to live peacefully in diversity, as education transmitted and received values. He observed that arguments and conflicts were the result of distance, while education dealt with issues of belief, identity, values and practices. “We can converse and dialogue to bridge differences between two perspectives.” He believed that armies defended a country and education defended civilizations. He said that the question was not to accommodate different beliefs, but it was to accommodate the potentially conflicting beliefs.

Political Affairs Officer at Office on Genocide Prevention Dr. Simona Cruciani said that embracing differences was much better than embracing violence and conflicts.

Former Project Director Seerat Chairs HEC Dr. Amineh Hoti said that Islam was a strong advocate of education for all, men and women.

She said that the nations were judged by the way they treated their minorities, women, and youth.

Nabilzadeh said that youth had a great potential and talent that needed to be channelised. She said that the youth must aspire for spiritual and intellectual growth. “Service to humanity is the service.” She emphasised practical measures for attaining peace.

Nadine Murtaza dilated on her initiative of ‘Schooling Pakistan’ that was aimed at educating people by inculcating the importance of extensive study instead of sticking to textbooks. She said that children must be equipped with the right tools to address the challenges they might face.

Ms. Anjum Malik underscored the significance of countering hate speech through digital means. She said that hate speech affected every member of society at different levels and ways. She stressed formulation of an intersectional strategy to involve in interfaith dialogue for harmony. Youth must be made stakeholders for peace, she concluded.

Maliha Khan highlighted the role of technology in reaching out to wide audience to educate them. She appreciated the HEC’s efforts, and the initiatives of various other entities to keep the continuity of learning intact in the COVID pandemic. She thought that the content taught at schools, colleges and universities played as a key message to advocate inclusivity.=DNA