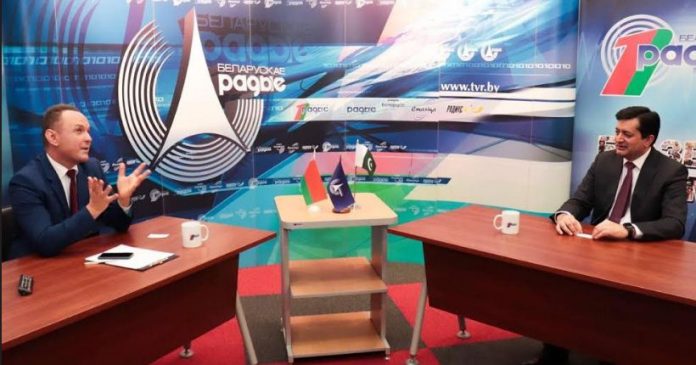 On arrival at the Radio Station, the Ambassador was given a short tour of the offices including the archival library, symphony hall and the recording studio, where the Ambassador was also afforded an opportunity to listen to the Pakistan’s National Anthem, received by the former USSR back in 1978.

The hour long interview covered bilateral relations between Pakistan and Belarus, major engagements scheduled during the year, ongoing efforts of the Embassy to promote trade, education and cultural ties.

The Ambassador also touched upon socio-economic development of both the nations, particularly trade, investment and collaboration in tourism in the context of Pakistan’s endeavours to expanding ties with rest of the world as part of its Geo-Economics connectivity rather than geo political contestations.