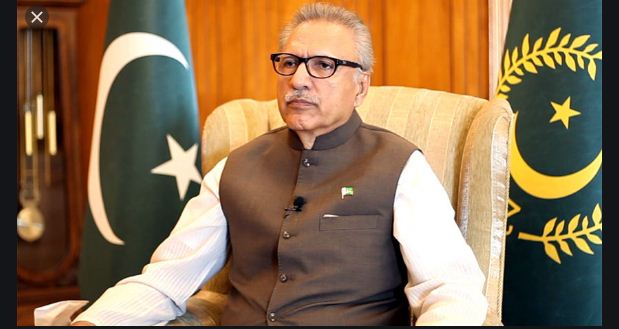 He was speaking at a ceremony held at President House here to acknowledge the excellence of the position holders in the Higher Secondary School Certificate examination 2020.

While congratulating the position holders in the examinations, he said recognizing achievements of the brilliant students will encourage others to set a path for themselves and move ahead.

He said the real education was the ability to process the acquired information, develop analytical and logical thinking, reach good decisions and draw conclusions.

Talking about the emerging fields of artificial intelligence and neural networks, he noted that human brain was amazing with its 100 billion neurons and 100 trillion connections and one could increase his brain capacity by indulging in mental exercises similar to the way physical exercises were done to strengthen a human body.

“We have to develop our skills, build our brains and excel in fields like information technology where the possibilities are limitless.”

Referring to the issue of 20 million out of school children in Pakistan, he said in Bangladesh 98 percent of children were getting primary education.

In Pakistan as compared to boys, more girls were obtaining higher education, he said and underlined the need for incentives and linking benefits of the Ehsaas programme with school enrollment to educate more children.

He mentioned the scheme of providing lunch in schools in New Delhi to encourage children to attend school. “We have to give incentives to increase enrollment.”

He said the government of Pakistan Tehreek I Insaf (PTI) was working on introduction of uniform syllabus in the education system, teacher training and had allowed the private institutions to print textbooks.

He was optimistic that the measures taken by the government would change the landscape of education in Pakistan in the next few years.

Poverty could be alleviated by ensuring education and health facilities for the citizens, he remarked.

He said education should be all encompassing and the student should get the opportunities to excel in the fields of science and arts.

Recalling that Pakistan suffered from brain drain in the previous decades, he said in the next few years, Pakistanis could make significant progress with their hard work and harnessing of intellectual capabilities.

President Alvi said character building of youth was the way forward for progress of the nation and advised the students to stay away from corruption, speak truth and earn their living through honest means.

Minister for Federal Education and Professional Training Shafqat Mehmood in his speech informed about the reforms being undertaken by the government to improve the education system.

Earlier, the President gave away prizes to the position holders in the examinations of the education boards of all the provinces, Azad Kashmir and Gilgit Baltistan.