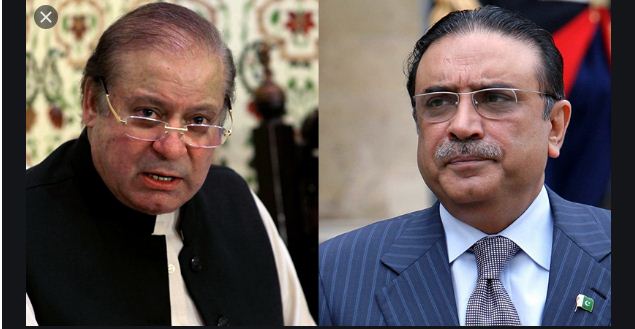 Says PPP will not go for resignations; calls for collective movement against the sitting government

ISLAMABAD: Former President and PPP Co-Chairman Asif Ali Zardari has called upon the PML leader Nawaz Sharif to come back to the country and add a new force to the PDM movement. During the PDM session on Tuesday everybody was taken aback when former President made this demand.

Sources privy to the meeting confided that Maryam Nawaz was almost stunned when she heard Asif Zardari asking Nawaz Sharif to come back. Upon this demand she retorted “ Zardari sahib will you ensure safety of Mian sahib if he returns to Pakistan?

Asif Zardari according to sources further said resignations from the assemblies was not a viable option. His contention was that government can be given tough time while remaining part of the system.

Asif Zardari was of the view that leaders should not be afraid of jails. He said he himself had spent 14 years in jail. Leaders should lead from the front therefore Nawaz Sharif should come back to lead the movement.

Zardari’s demand went viral immediately leaving the participants nonplused. Everybody present in the meeting wanted to know that who leaked this information to the media.

Maryam Nawaz seemed quite uneasy with the statement and tried to convince the parties and especially Asif Zardari that Nawaz Sharif life was in danger in Pakistan.

This development appears to have caused serious dents in the already fragile PDM, which was still in a state of shock after defeat in the Senate chairman election.

PDM chief Fazalur Rehman also raised issue of deputy chairman election in which his candidate Ghafoor Haideri got seven less votes. He asked the PDM parties why their candidate could not win despite having majority in the Senate.

Analysts believe Asif Zardari’s demand is well calculated and timely. PPP has more stakes in the system rather than PML N therefore it wants to move cautiously especially on the issue of resignations. PPP insiders told that party is quite wary of the statements of Nawaz Sharif against the establishment particularly.

They are of the view that Nawaz delivers hard-hitting tirade against the establishment while sitting abroad and the opposition parties on ground have to face the consequences. The PPP therefore wants him to come back to Pakistan and then say whatever he wants and PDM will be with him.