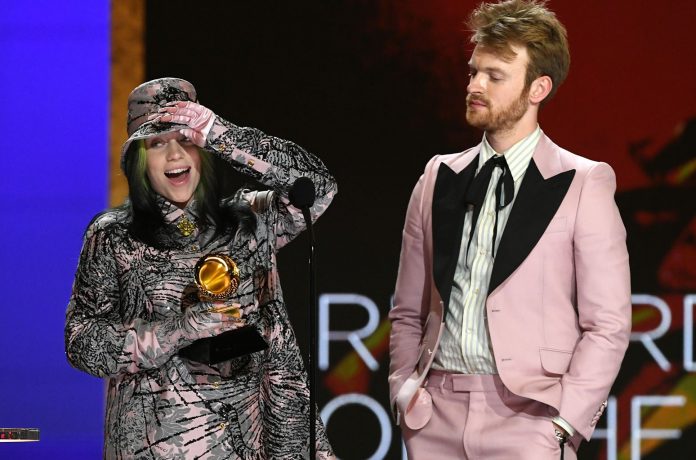 Los Angeles, March 15 : Billie Eilish on Sunday snagged the Grammy for Record of the Year for the second straight time, a major feat for the 19-year-old who swept all four top categories at last year’s ceremony.

This time, the edgy pop sensation bested a crowded field including the night’s big stars Megan Thee Stallion and Beyonce, along with Dua Lipa, Post Malone and Doja Cat, to win the prize honoring the year’s best overall song for her hit “Everything I Wanted.”

In 2020, the ‘teenage phenom’ cemented her place as an establishment leader, posting a banner Grammy night by sweeping prizes for Album, Record and Song of the Year, plus Best New Artist — the first woman and youngest artist to do so.

“Everything I Wanted” is a gauzy ode to the struggles of stardom that touches on the teenage angst over feelings of inadequacy, imposter syndrome and concerns about fitting in.

Last year, she won Record of the Year honors for her hit “Bad Guy” off her debut “when we all fall asleep, where do we go?”, which won for Album of the Year.

Before her album’s release in March 2019, Eilish had already won a fervent online following for her bold, often haunting pop sound featuring heavy bass and tinges of trap and electronic dance music.

She is now one of the biggest pop stars in the world, and though the pandemic forced her to cancel her global tour, she still posted a strong year that included penning the theme ballad for the upcoming James Bond film “No Time to Die” — which also scored a Grammy on Sunday.