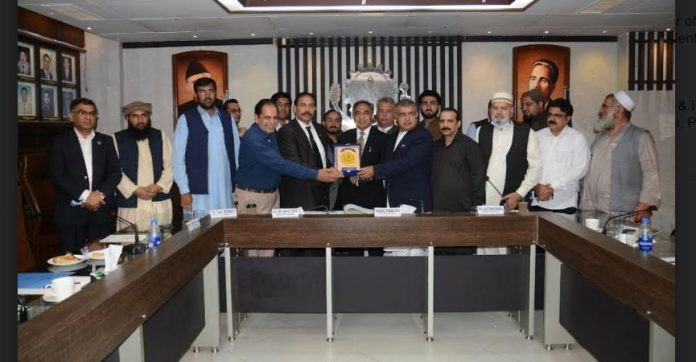 FAISALABAD, MAR 13 (DNA) – Indonesia has entered into the global value-added food sector and will establish a state-of-the-art noodle factory in Faisalabad very soon, said Ambassador of Indonesia Mr. Adam Mulawarman Tugio. He was addressing a meeting of the business community in Faisalabad Chamber of Commerce and Industry (FCCI). The meeting was also attended by a delegation of the Chaman Chamber of Commerce and Industry.

Mr. Tugio said that Pakistan and the Association of Southeast Asian Nations (ASEAN) countries form a huge market of one billion people and we must try our optimum best to exploit its potential. He said that Indonesia was already exporting palm oil to Pakistan and now it has planned to enter into the value added food chain. In this connection, some noodle factories have already been established in different countries while Faisalabad has now been selected in Pakistan because of its geographical location. He said that from Faisalabad we could ensure smooth supplies to every nook and corner of Pakistan within just a few hours. He said that we are planning to introduce a special flavor of chicken and Curry Palao for Pakistani brethren.

Regarding China-Pakistan Economic Corridor (CPEC), he said that it has laid down a strong foundation for infrastructure development in Pakistan and it will also spur economic activities in this region. He also mentioned the scenic tourist destinations in both countries and said that we must cooperate for the promotion of tourism as a full-fledged industry in Pakistan. Responding to a question about a ban on import of dry coconut from India, he said that he will look into this matter and convince Indonesian exporters to fill the gap on top priority basis.

About duty on Pakistani textile products, he said that the business community of Pakistan should raise this issue under the Trade in Good Agreement (TIGA). He further said that Indonesian spare parts are being imported by Pakistan through other countries. “Pakistan should ensure direct import of spare parts from Indonesia and raise the issue of duties on Pakistani textile products and import of Indonesian spares simultaneously at the highest level through (TIGA). About educational scholarships, he said that he would try that Indonesia should also extend at least the same number of scholarships as offered by Pakistan to Indonesian students.

He said that Indonesia had a well-developed pharmaceutical industry. “We are preparing an anti-corona vaccine and are ready to share our expertise with Pakistan”, he added. He further said that Indonesia was regularly organizing trade expos in October or November but last year it was cancelled due to corona. “However, this year it will be held and he wants maximum physical participation of Pakistani businessmen in it”, he hoped. Haji Jalat Khan Achakzai, President Chaman Chamber of Commerce and Industry also addressed the meeting and invited Indonesian ambassador to Chaman. Earlier, President FCCI Engineer Ihtasham Javed welcomed the Indonesian ambassador and his team and said that both countries are linked with strong religious, cultural and economic ties.

Pakistani imports are 2.22 billion dollars while our exports are only 146.22 million dollars. Hence the balance of trade is in favor of Indonesia. He said that Pakistani rice, kinno and mangoes are very popular in Indonesia while Pakistan is importing multiple products with a dominating share of palm oil from Indonesia.