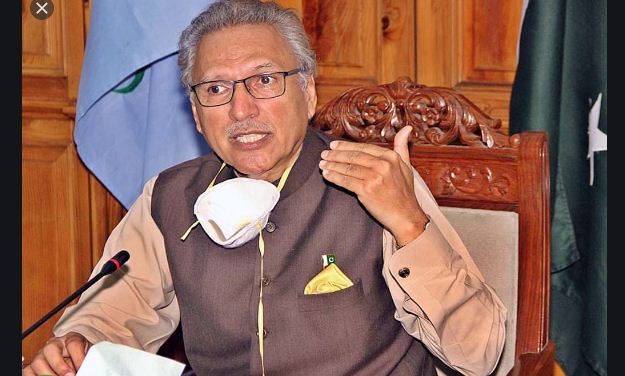 KARACHI, Mar 13 (DNA): President Dr Arif Alvi has said the national
economy has been put on the right trajectory due to prudent policies of
the government.

Addressing the Third Financial Crime Summit in Karachi on Saturday, the
President said effective measures are being taken to control inflation
and price hike at the lower level.

“Good Brand Pakistan has to be projected as we, after paying a heavy
cost, have come out of the polarization,” he said emphasizing need to
restore country’s perception as a vibrant and moderate society on solid
lines.

Addressing 3rd Financial Crime Summit here he said, “Its impression was
tarnished by the enemies and we have to restore it through concerted and
collective efforts,” said the President.

The event with the theme “Pakistan’s Regtech – Shoulder to Shoulder with
the Government’s vision of addressing Terrorist Financing and Financial
Crime,” was jointly organized by different private sector financial
entities of the country, attended by the representatives of concerned
public sector institutions.

President Alvi reminding the fact that Pakistan has been able to comply
with 24 of the 27 FATF conditions, prerequisite to help country getting
out of the gray list, referred to the propaganda it has been subjected
to in the international arena.

About steps taken by the government to address the issue of financial
crime and its challenges, he said, no country could afford to buckle
down before the menace and did require strong institutions equally
secured for the benefit of its people.

President Alvi said the scenario has led to opportunities leading
towards the vibrant digitization of financial sector of the country. He
said it has been proves as a fast way paving for a digitized economy
that would help in its documentation.

Mentioning that Pakistan with the series of corrective initiatives at
macroeconomic level, has been able to put the economy in growth mode, he
said, this has effected the purchasing power of the masses.

Poverty, identified as a root-cause of this menace, was said to be taken
head-on by the government with a direct impact on the people pertaining
to low socio-economic strata.

“Ehsaas Program is an example with Rs.200 billion plus disbursement with
not a single complain of any misappropriation,” said President Alvi
mentioning that major beneficiaries of the said programme were women.

“Government is encouraging women to be truly empowered,” he said
mentioning that women constituting 52 percent of the country’s total
population were non-registered contributors to the economy.

Meaningful efforts were made in bringing them to register for the
programme through series of initiatives including discounts in loans
procured by them.

“This is unfortunately not being duly publicized,” he said mentioning
that the facility was also available to other relevant sections of the
society which, but demanded an environment giving environment of
confidence to approach them and avail the facility.

“They are required to be mentored, guided and encouraged by our banks
and concerned financial institutions,” said President Alvi. DNA