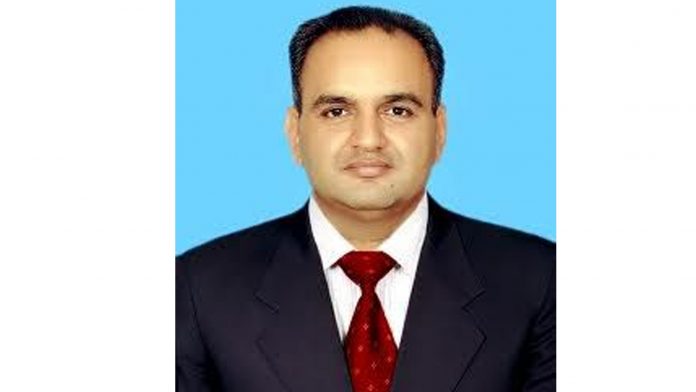 KARACHI, MAR 9 – Patron-in-chief of Pakistan Hindu Council Dr Ramesh Kumar Vankwani has sought the attention of Sindh government towards the poor education situation in Tharparkar. In a letter submitted to the Chief Secretary Sindh, prominent member parliamentarian Dr Ramesh Vankwani requested the authorities for taking necessary action in the best interest of the public. According to details, the meeting was held in a pleasant and cordial atmosphere.

Dr Ramesh Kumar, while sharing details of the meeting with the media, informed that previously the situation of health throughout Tharparkar was too critical. “As a result of my appeal, the Supreme Court has taken notice, and now I am glad to say that today the condition of public hospitals in Tharparkar is very much satisfactory,” he stated, lauding the contributions of Justice Amir Hani Commission, constituted by the Supreme Court. Dr Ramesh Vankwani was of the view that due to the positive role of the Supreme Court, today every corner of Tharparkar consists of qualified doctors, available to serve patients. “I am quite hopeful that the Chief secretary will take action on my request and issue directions accordingly for the promotion of education in the Tharparkar district,” he said, adding that the option of approaching the Supreme Court in this regard is still available. Dr Ramesh further highlighted that unqualified and blue eyed elements, having political influence, are responsible for poor condition of education. According to him, all appointments must be on merit purely on the basis of ‘right person at right place’ principle.

Dr Ramesh Vankwani also emphasized that Tharparkar district, consisting of 1.6 million population, is spread in the largest geographical desert area of Sindh. However, he regretted that Pakistan’s largest desert area population is 90% poor and all basic social indicators are lowest amongst other districts of Sindh. “Unfortunately, Tharparkar district is also facing the worst situation of girl’s education, and it is on the lowest priority of the public sector institutions,: he wrote. Most girl’s schools of the Government of Sindh are closed in Tharparkar and have very little priority than boy’s schools. Dr Ramesh stated.

Dr Ramesh, in his letter, highlighted that according to SEMIS Census 2013-14, the district has a total of 4,045 schools, out of which 973 are closed. Out of a total of 3,751 primary schools in the district, there are 1,758 mixed schools, 1,399 boy’s schools and only 594 girls’ schools. Similar disparities are observed in the number of female vis-à-vis male teachers. While there are 3,649 male teachers in primary schools, the number of female teachers is only 508. The rural part of the district has the largest number of schools, most of which are single-teacher schools in addition to a large number of closed and dysfunctional schools. For instance, out of the total number of 587 girls’ schools in rural Tharparkar, 243 schools are closed.

According to Dr Ramesh Kumar, the baseline reports of different organizations depict the key reasons of dysfunctional schools (Boy’s and Girl’s) are given as under; a)- Lack of school basic physical infrastructure and student sitting facilities. b)- The Student Teacher Ratio STR is not being properly followed by district authorities. c)- The concerned authorities have allowed teachers to work on nearby schools instead of the original place of posting using the terms of deputation, allowed to work, work detailement or local arrangements. d)- Because of above mentioned favor to teachers by district authorities, far flung area’s schools are either closed or disturbed as majority of schools are single-school teachers. e)- Female teachers who are not performing their jobs at their original place of posting are accommodated in cities and nearby towns.

“I sincerely hope that you will look into the matter on priority basis and issue directions accordingly,” Dr Ramesh concluded in his letter to the Chief Secretary Sindh.