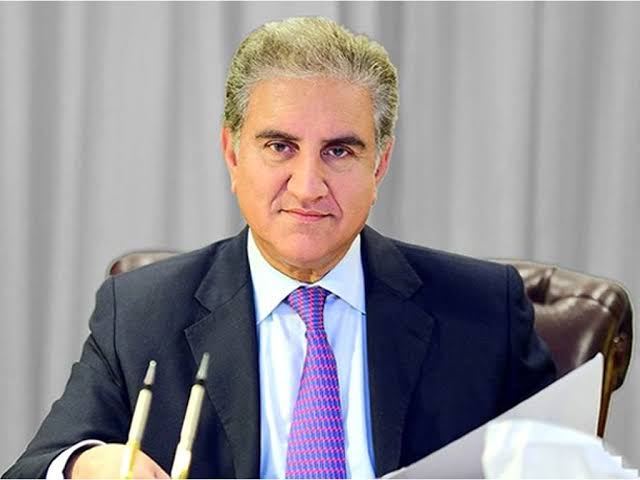 “The road to women empowerment and gender equality is a long one. Pakistan’s direction, commitment and actions are clear,” the Foreign Minister said in his message on International Women’s Day on March 8.

” It is an occasion to celebrate the progress made in empowering women and to reaffirm our collective resolve for redoubling efforts to further advance respect for women’s rights,” he said.

He mentioned that during the testing times of the COVID-19 pandemic, women in Pakistan demonstrated remarkable resilience and leadership, effectively contributing to the nation’s response and recovery.

Under the guidance of Prime Minister Imran Khan, he said, Pakistan’s landmark Ehsaas emergency cash programme to counter the negative socioeconomic impacts of the pandemic was being ably led by a woman.

The foreign minister said the Constitution of Pakistan upholds the equal status of women and mentioned that “We have made significant advancements in empowering women politically, economically and socially, including through progressive legislative, policy, institutional and administrative measures”.

He said ensuring broad-based inclusion of women’s rights in every sphere and at all levels was one of the key priorities of the government.

At the international fora, he said, Pakistan’s voice always resonated in favour of women empowerment and gender equality.

During the drafting of the Universal Declaration of Human Rights, Pakistan’s delegate, Begum Shaista Ikramullah, played an active role in the inclusion of Article 16 for the equal rights of men and women to marry and to found family, he added.

Qureshi said despite socioeconomic challenges, the number of women in key leadership positions had risen steadily in Pakistan.

He said the country had a female prime minister, the youngest Nobel prize winner, the Governor of the State Bank, the Speaker of the National Assembly and numerous women ministers, ambassadors, judges and high-ranking civil servants and diplomats.

Our women fly fighter jets, serve as UN peacekeepers and one of them is now a three-star General in the military, he added.

“As a nation, we honour and salute their role and contribution to the society and State of Pakistan,” he said.

The foreign minister said on this day, the plight of women in Indian Illegally Occupied Jammu and Kashmir (IIOJK) could not be forgotten.

Over the last seven decades, they have endured the worst forms of human rights abuse and oppression at the hands of Indian occupation forces including sexual violence, rape and molestation, he added.

The foreign minister said these human rights violations had been extensively documented by the Office of the UN High Commissioner for Human Rights in the two Kashmir reports of 2018 and 2019 as well as in various communications and public pronouncements of UN Special Procedures Mandate Holders.

He urged the international community to take cognizance of these serious crimes and hold India accountable.