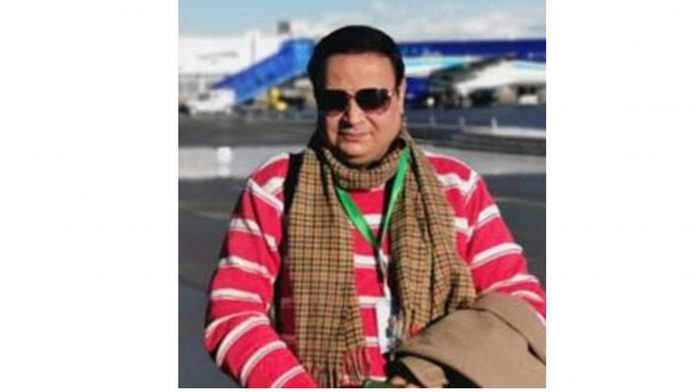 In Holy Quran Allah Almighty says help others in virtue and stay away from vice. Islam promotes real brotherhood which cares about others pains, sorrows and motivates to assist. The topic of my speech is based on gust of unlimited ancient prophecies and lessons of modern community development and human survival.

Let us talk about cultural reinvention, re-connection and Pakistan and Azerbaijan connectivity which started many centuries ago in shape of Multani Caravanserai to Hajji Zeynalabdin from Bibi-Heyba to Bibi Pak Daman. From late Heydar Aliyev to Ilham Aliyev and from Benazir Bhutto to incumbent Prime Minister Imran Khan Caravans of true friendship, brotherhood, mutual respect, love and harmony have been achieving new heights since its beginning.
During the 14th Summit of  Economic Cooperation Organization (ECO) the President of Azerbaijan H.E. Ilham Aliyev appreciated positive, permanent, productive and participatory role of Pakistan from the first day of war which vividly reflected its true spirits of brotherhood, solidarity, love and compassion. The President welcomed Pakistani government, private companies, businessmen and investors to invest in the newly liberated areas Nagorno- Karabakh.
During the time of occupation Armenia deliberately destroyed cities and villages, all cultural and religious sites of Azerbaijan in the occupied territories. Mosques were used as stables for pigs and cows. International media has documented the facts of deliberate destruction and desecration of cultural and religious heritage of Azerbaijani people which requires reconstruction through regional reconnect.
In this context, the new connectivity corridor which will pass through historic Azerbaijani land of Zangazur and link Azerbaijan with its inseparable part Nakhchivan Autonomous Republic and Turkey will create new opportunities in the transportation sector in the region.
On his part, Prime Minister of Pakistan Imran Khan, who chaired the summit, first greeted the summit participants especially Azerbaijan for its victory and assured his government support in the reconstruction and resettlement activities in the newly liberated areas. Moreover, assurance was also given by Prime Minister Imran Khan to the visiting Azerbaijani Foreign Minister Jeyhun Bayramov during a meeting in Islamabad.

Turkish President Recep Tayyip Erdogan also appreciated Azerbaijan which liberated its lands from Armenian occupation with a glorious victory and opened the doors of a new era in the region.

During 2nd Trilateral Meeting of Pakistan-Turkey and Azerbaijan Pakistan assured Azerbaijan of its support for rehabilitation and reconstruction activities in the newly liberated territories of the country.

Chief of the Air Staff, Air Chief Marshal Mujahid Anwar Khan paid personal visit to Azerbaijan and lauded the professionalism of Azerbaijan Air Force and assured his full support especially in the domain of training which another way of reconstruction and re-connectivity.

To show spirits of solidarity, support, true sentiments of brotherhood and harmony and love Chairman Joint Chiefs of Staff Committee General Nadeem Raza paid personal visit to brotherly country Azerbaijan and extended his support to de-miming the newly liberated areas because fascist Armenia polluted all the liberated areas with deadly mines. It is again Pakistan’s government and armed forces commitment towards the resettlement and reconstruction of Nagorno- Karabakh and all the adjacent areas.
While visiting to Baku Director General Frontier Works Organization (FWO) of Pakistan, Major General Kamal Azfar assured full support of his organization in resettlement and reconstruction activities in the newly liberated areas. FWO specializes in civil and military infrastructure, communications projects and mining in Pakistan. Since its establishment in 1966, it has been credited with the construction of bridges, roads, tunnels, airfields and dams in Pakistan. Its objectives include projects related to civil, construction, combat, structural, and military engineering. The FWO led the design and construction of the Karakoram Highway.
The Pakistani government also dispatched humanitarian aid to Azerbaijan. The assistance was intended for service members and other people working in the liberated territories. Pakistan’s ambassador to Azerbaijan, Bilal Haye, said the aid was another example of the country’s brotherly attitude towards the Azerbaijani people. The government and people of Pakistan always stood by Azerbaijan and ready to provide full support in reconstructing the liberated territories and returning IDPs to their homes.

On its part, the Azerbaijan government is pushing forward with an ambitious plan to reconstruct the territories. A new master plan will be drawn up. Relevant instructions have been given. A master plan will be developed for each city. All office buildings, public buildings, schools and medical centers will be established here. All infrastructures will be put in place. Streets, parks and alleys will be built.

It is estimated that fully reconstructing the newly liberated areas  would likely take 10 years and cost 25 billion manats (about $15 billion). There is basically no infrastructure left in Jabrayil, Fuzuli, Zangilan, and Gubadly,” four of the seven regions that Azerbaijan regained control of. “It’s going to cost about as much as Azerbaijan spends in a year” on its entire budget,

Azerbaijan will also likely try to attract private financing for the reconstruction. Many entrepreneurs, natives of these regions, will probably want to invest in the reconstruction of industrial and commercial enterprises in their villages and towns and may even offer some donations

Azerbaijan official said that it will simplify procedures for planned investment in its recently liberated territories, adding that Turkish companies will be prioritized in tenders in a bid to improve the quality of construction projects.

The government plans to help facilitate the reconstruction process for foreign investors. With the legislative amendments, the bureaucratic barriers in tenders will be removed and the base price list of construction material ordered by companies will be updated.

“Turkish and Azeri companies are jointly working on the construction of a new road from Fuzuli to Shusha. This is just the first step. Turkish companies have undertaken projects worth $16 billion in Azerbaijan so far. Not just in Karabakh, but throughout all Azerbaijan, Turkish companies will able to give advantaged offers. It will increase competition and quality in projects, thus creating a win-win situation.

Being prominent regional expert of Azerbaijan & CIS I would like to suggest that comprehensive city planning should be formulated to promote start living, smart city, smart village in all the liberated areas as soon as possible. There is an ample opportunity to utilize vast potential of green energy resources in all the newly liberated areas which should be tapped by Pakistani public & private companies.

Serious and sincere efforts should be initiated to form an “Infrastructural Development Bank” by polling financial resources. A “Joint Construction Company” may be a right step in right direction in which FWO and Turkish private companies may jointly excel. A Joint Hot-Line” to be shared with housing ministries and private companies is the need of the hour. A Joint Working Group of Re-construction” may be a functional idea to proceed further.

The trade turnover between Azerbaijan and Pakistan amounted to $13.2 million in 2020, with export amounting to $1.6 million and import to $11.6 million. In January 2021, trade turnover between the two countries amounted to $1.1 million. Now time has come to jointly work for the further strengthening of bilateral trade, FDIs, joint ventures and reconstruction activities in the days to come.