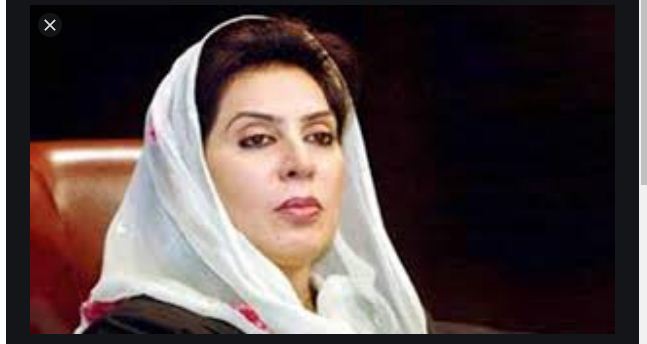 Addressing National Assembly after Prime Minister Imran Khan’s vote of confidence, Fehmida Mirza said that all allies are with the government and voted for Imran Khan for democracy.

On the other hand, Prime Minister Imran Khan received vote of confidence from National Assembly during a special session of the lower house of the parliament. As per details, 178 members of ruling coalition reposed confidence in leadership of Prime Minister while opposition alliance Pakistan Democratic Movement (PDM) boycotted the session.

NA Speaker Asad Qaiser chaired the session in which Foreign Minister Shah Mahmood Qureshi tabled a resolution expressing confidence in the prime minister. 178 members supported the resolution, 6 more than the required 172 for vote of confidence in the 340 member National Assembly.

Speaker National Assembly announced the result and said Imran Khan became the Prime Minister of Pakistan after securing 176 votes in August 2018, “MashAllah today he has got 178 votes,” as the House erupted in slogans and jubilation by the members who shouted slogans “Prime Minister Imran Khan”.

Pakistan Tehreek-e-Insaf has 156 members in the National Assembly, while its allies include the MQM-P which has seven seats, the PML-Q and the BAP have five seats each, All Pakistan Muslim League and the Jamhoori Watan Party have one seat each while two independent members are also on the side of the government.

The joint opposition has 160 seats in the National Assembly. There are 83 members from PML-N and 55 from PPP. Muttahida Majlis-e-Amal Pakistan has 15 seats, BNP has 4 seats and ANP has one seat while the opposition also enjoys support of two independent candidates. However, PDM had announced a complete boycott of today’s National Assembly meeting.

PM Imran Khan, after an upset win by the hands of Pakistan Democratic Movement (PDM) in Senate election on Islamabad seat, made the decision to take vote of confidence from the parliament.

PDM’s joint candidate Yousaf Raza Gillani defeated PTI’s Abdul Hafeez Sheikh in an upset victory and secured 169 votes while Abdul Hafeez Shaikh could only win 164 votes. A total of 7 votes were rejected by the Election Commission of Pakistan. = DNA