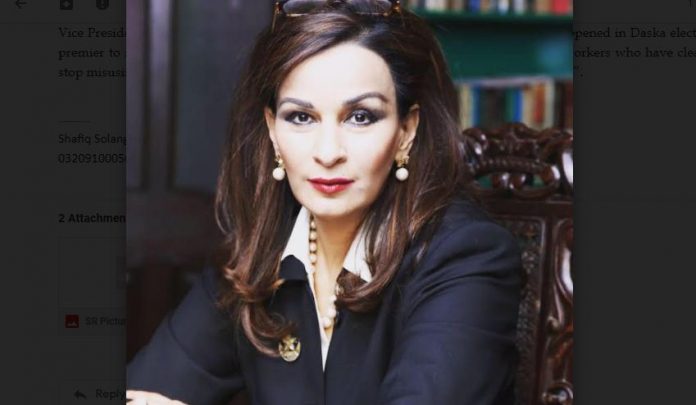 ISLAMABAD, MAR 5 – PPP Parliamentary Leader in the Senate, Senator Sherry Rehman said, “Election Commission of Pakistan is an independent and constitutional body. PM’s allegations on it are an insult and undermines its authority”.

Rehman said, “Giving statements like, I will get the people out on the streets, is he instigating unrest in the country? This is an extremely irresponsible statement. Has he forgotten that he is the PM of this country?

“It is ironic that he is criticising the Election Commission for holding Senate elections through the secret ballot. He has said that he does not understand why the Election Commission said that the ballot had to be secret. Has the PM not read the Constitution? Even the Supreme Court had agreed with ECP’s stance that the open ballot for senate election requires constitutional amendment. Through his allegations, is he challenging the Supreme Court too?” She questioned.

The Senator said, “Now the PM wants to obtain a vote of confidence under Article 91(7) of the Constitution. However, he has conveniently forgotten that this can only be invoked by the president and not by him. The country and parliament can only be run through the constitution and not by what suits him”.

Vice President PPPP Senator Sherry Rehman concluded by saying that, “After what happened in Daska elections, it does not suit the premier to raise allegations against ECP. He should focus on keeping a check on his workers who have clearly rebelled. He should stop misusing the president’s prerogative as a country can not be run on personal whims”.=DNA