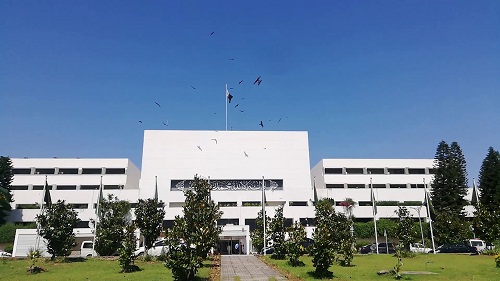 Islamabad : The Senate elections will be held at Parliament House Islamabad and the respective provincial assemblies on Wednesday to elect new members of the Upper House.

Polling will start at the Parliament House Islamabad and the provincial assemblies of Sindh, Balochistan and Khyber Pakhtunkhwa at 09:00 am and will continue till 5:00 pm without any break. All Senate candidates from Punjab have been elected unopposed.

According to the Election Commission, sixty candidates are contesting on general seats, thirty-one on women, twenty on Technocrat/Ulema seats while ten candidates are in the field on non-Muslims seats.

It merits a mention here that fifty-two senators in the house of 104 are set to retire on 11th of this month on completion of their six-year term.