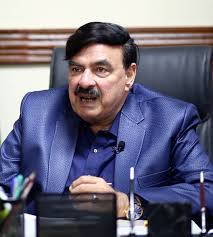 The government was committed to ensure free, fair and transparent elections and expecting to clinch the majority seats in the senate polls, he said while talking to a private news channel.

He said that the Election Commission of Pakistan (ECP) was fully empowered to take all necessary steps including the use of the latest technology for conducting transparent elections to discourage horse trading and corrupt practices.

Replying to a question, the minister expressed the hope that Dr Abdul Hafeez Sheikh would win the election with thumping majority from the federal capital against former prime minister Yousaf Raza Gilani.

US to work closely with Pakistan