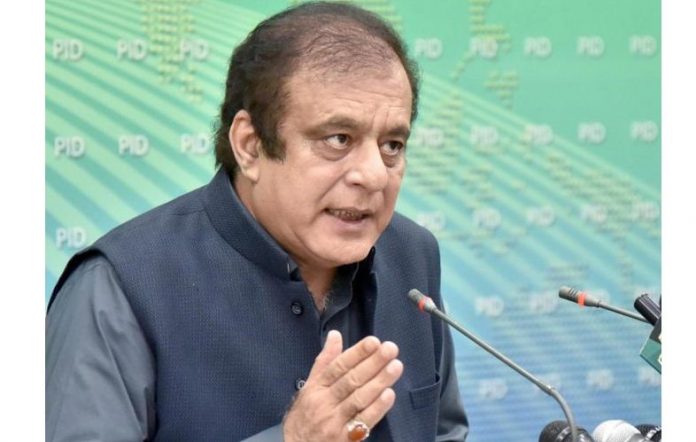 Hailing from a novel family and carrying the legacy of his great father Ahmed Faraz, Senator Shibli Faraz has successfully lived up to the expectations of his leader Prime Minister Imran Khan in particular and people in general by not only giving new dimensions to the advocacy of the government and streamlining the affairs of the information ministry to the satisfaction of the employees and people who are attached to this ministry.

An upright and a thorough gentleman, Shibli rightly believes in the independence of media and freedom of expression. That is why stakeholders related to the media industry are all praise for him for his being always on their side when it comes resolution of even the longstanding issues.

After having interacted with him from the platform of All Pakistan Newspapers Society (APNS) during a recently held meeting, one can find him all agog to address genuine concerns of the media industry. It was with his personal interest that the process of payment of even long pending dues has begun.

Besides, the Minister strongly believes in merit and transparency and wants his ministry to be purged of mal-practices. Ever since his taking over of the affairs of the ministry, efforts have been made to put right people on the right job with a view to ensuring smooth and efficient working of the ministry.

On diplomatic front the information minister is equally popular and well respected. Diplomats praise him for his keenness in promoting relations with the diplomatic corps with the goal of projecting true and positive image of Pakistan. Keeping in view the interest of the diplomatic community in knowing more about Pakistan and its culture, it is suggested that the information minister may present to them valuable books; souvenirs etc, which are readily available with the Directorate of Electronic Media and Publications (DEMP) to the visiting diplomats. We are sure that this exercise shall already be in practice however level of this exercise may be increased in order to spread the message across rather quickly.

The media industry especially the print media is facing hard times mainly because of COVID 19. It therefore needs special attention of the minister to personally look into its problems. One can hope that after his well-deserved re-election to the Senate of Pakistan Minister Shibli Faraz shall intensify its contacts with the media stakeholders for not only perusing them to highlight govt achievements sans prejudice but to address their legitimate issues as well.