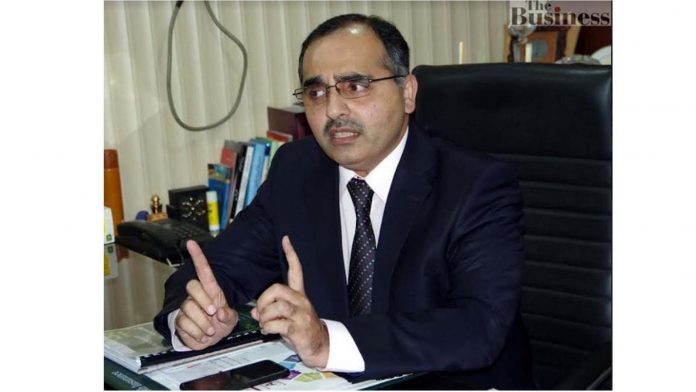 ISLAMABAD, FEB 28 (DNA) – Friends of Business and Economic Reforms on Sunday sought long-term measures amidst high cost of debt servicing due to heavy loans, as the fiscal deficit has jumped to around Rs1.5 trillion in first half of 2020-21.

In terms of size of the economy, the budget deficit remained at last year’s level but in absolute terms the deficit went up, he said and added that the government had set the federal budget deficit target at 7.5% of GDP while it has obtained Rs1.2 trillion in loans to finance the deficit.

FEBR President observed that the fiscal deficit is going up despite the government claim of tight control over expenditures, while the only main head of expenditure that remains out of control is the debt servicing cost that jumped by 15 percent to nearly Rs1.5 trillion.

Kashif Anwar added that Pakistan’s fiscal policy continued to focus primarily on macroeconomic stabilization, in response to the financial crisis, instead of putting more emphasis on reforms to foster long-term growth through industrialization by adopting advanced technology.

He observed that over 40 percent of the additional debt in the past two years is only because of debt servicing expenditures while about 30 percent due to rupee devaluation. He flayed the economic managers for keeping the interest rate artificially high at 13.25% in the past, besides devaluing the rupee more than the requirements, contributing most to lift the public debt.

Amidst consistently rising markup rate, Pakistan’s total debt and liabilities skyrocketed to around Rs36.3 trillion, which were rising at a high speed in the wake of a soaring budget deficit, he added.

The exponential growth in foreign debt levels underscores that the country has been unable to attract adequate non-debt-creating, long-term inflows like FDI or increase its exports, which remain stuck at $23billion a year, to meet its external account requirements. The extremely low level of formal domestic savings as reflected by banking deposits means that the government would have to depend on foreign savings to finance its budgetary operations as well as for balance-of-payments support. For example, the total loans taken during last two and a half years were meant for balance-of-payments or budgetary support. Similarly, the failure to reform the tax system and increase revenue collection is a major factor behind heavy domestic and foreign borrowings by the government.

He said that Pakistan foreign debt and liabilities have been increasing rapidly over the last several years. The government is forced to borrow heavily from external sources, including multilateral and bilateral creditors, and commercial lenders, in order to meet its foreign debt repayment obligations, as well as to finance its budget.=DNA