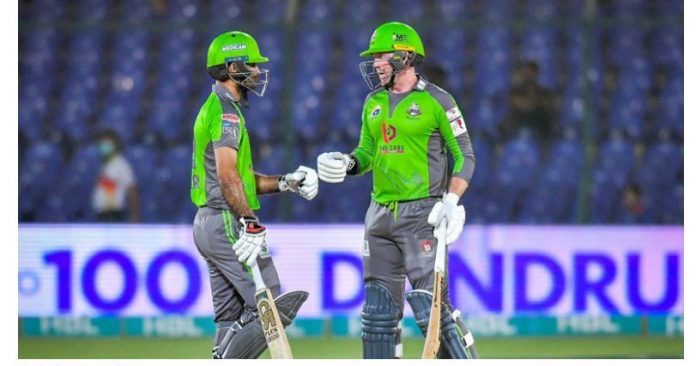 Sohail Akhtar won the toss and elected to bowl first at the National Stadium in Karachi on Sunday.

Kings lost three wickets early but still managed to post a competitive total of 186 for the loss of nine wickets in their allotted 20 overs.

The star of the show was opener Sharjeel Khan who scored 69 off 34 balls with the help of five fours and six sixes.

He was well-supported by veteran right-hander Mohammad Nabi who scored 57 off 35 balls with the help of four fours and three sixes.

For the winning team, left-arm pacer Shaheen was the star performer with the ball in hand as he finished with outstanding figures of 3-27 in his quota of four overs.

In reply, Qalandars—just like the Kings—lost three early wickets but managed to chase down the target with four balls to spare, courtesy a brilliant fourth-wicket partnership of 119 between Zaman and Ben Dunk.

The left-handed opening batsman finished the match with the top score of 83 off 54 balls with the help of eight fours and four sixes.

He was well-supported by Dunk who scored a valuable 57 off 43 balls with the help of five fours and two sixes. For Kings, pacers Mohammad Amir, Waqas Maqsood and Dan Christian claimed a wicket each.