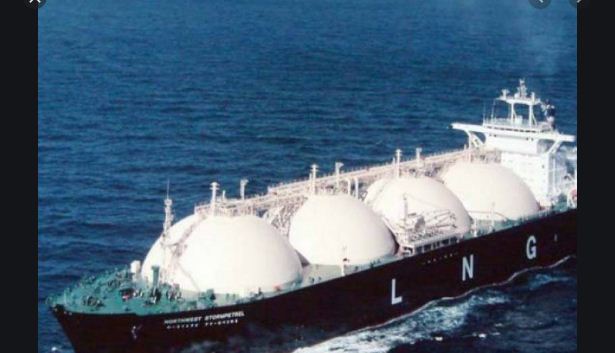 Addressing a ceremony after performing the groundbreaking of Central Business District in Lahore, Prime Minister Khan said it took the government three years to negotiate this agreement which will help save three hundred million dollars annually.

Qatar’s Minister al-Kaabi termed as “historic” the agreement with Pakistan and expressed confidence that it would open up new vistas of development. He said Qatar would also promote bilateral cooperation in other areas of mutual interest. Special Assistant to PM on Petroleum Nadeem Babar said the agreement would prove helpful in fulfilling Pakistan’s energy needs.

The Prime Minister stressed that wealth generation projects are important to strengthen the economy enabling it to return the loans. He regretted that the economy was mismanaged in the previous two governments. The premier said the government inherited a difficult economic situation.

He, however, expressed satisfaction that the current account surplus remained surplus during the first six months of the current fiscal year. “Our textile exports are also witnessing increase and new industries are being set up in the country.” Referring to the Naya Pakistan Housing Project, the Prime Minister said this will provide affordable houses to the salaried class and the labourers.

He said that it was time to stop Lahore from expanding horizontally, recalling that when he was a child, the city ended at Zaman Park. “The first phase (of the Central Business District) project, the federal government will earn Rs250bn from taxes,” he said. The prime minister said when the Walton airport is de-notified as per the project’s plan, tall buildings can be constructed in Gulberg and Ferozepur road.

“These areas can then become the economic hub for Lahore,” said the prime minister, lamenting that Lahore’s horizontal expansion had caused a mirage of problems of the city. “The entire city’s sewerage is going in River Ravi,” he said. “This sewerage is going down the river. A lot of people drink water from the rivers,” he said, adding that even the water table of Lahore was declining.” = DNA