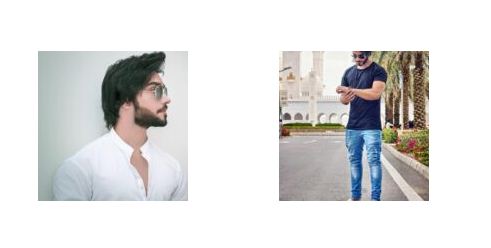 ISLAMABAD – Pakistan is a land filled with an immense amount of talent who we got to see every day. Aleem Zafar an emerging Musician is no exception who has lots of stuff by his name! Let’s start by giving you a sneak peak of Aleem’s career as a Musician to be followed by a lot of details you might don’t wanna miss.

Throughout his musical journey, he has released three cover tracks Ilahi Teri Chaukhat – a tribute to Junaid Jamshed, Yeh Watan Tumhara Hai a tribute to Mehdi Hassan & Rung Sharbaton Ka. All his tracks have been widely appreciated by the fans & other famous celebrities including Iqrar Ul Hassan. Two of his songs are produced by a Musician who has been a part of Coke Studio so you can expect some similar Coke Studio vibes in his songs. Aleem is also expected to make his Bollywood Debut later in 2021. His track Yeh Watan Tumhara Hai also made it to the TVC of one of the biggest NGOs in Pakistan – JDC Foundation.

In the past, he has also helped Qurtulain Baloch release her first cover track ‘Ankhiyan Nu Rehnde’ on the biggest platform in Pakistan back in the days & the song became a huge success and made QB a household name of the industry. Not only this, he has worked/managed artists like Humaima Malick, Call the Band, Saad Sultan, Bilal Saeed & other countless names. Just to add on if you’ve come across the poster of the song ‘Rockstar’ by Ali Zafar, Aleem was the guy behind it. He’s been someone who has provided artists in our country with all the possible ways to spread their message or their musical content through every means.

While doing this Aleem enjoyed being a Model himself and has endorsed several brands including Daniel Wellington, a watch company, that has celebrities like Hailey Beiber & many more on their list. Making Pakistan PROUD!