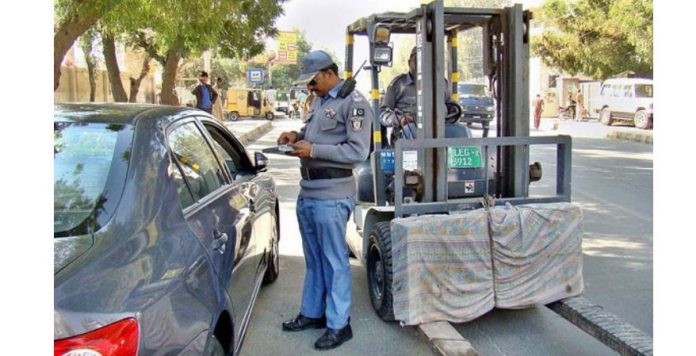 LAHORE, FEB 22 – The Lahore chief traffic officer (CTO) has said that FIRs will be registered instead of challan on serious violations.

He said that challan tickets were issued to 514,707 vehicles so far in an ongoing campaign. Action was taken against more than 451,000 vehicles for not having number plates according to the pattern issued by the government.

Dolphin: Dolphin Squad and PRU of Lahore police showed immediate response to the all 443 calls received on helpline 15 during the last week. Dolphins and PRU helped around 39 people on different roads of the city.

Both the wings checked more than 151,000 motorbikes, 3,090 other vehicles and more than 155,000 persons. Around 1,407 motorbikes and three other vehicles were impounded and 244 persons were arrested in different police stations due to having incomplete documents. Dolphin Squad and PRU also arrested 15 criminals on the allegations of flying kites, doing wheelie and firing in the air.