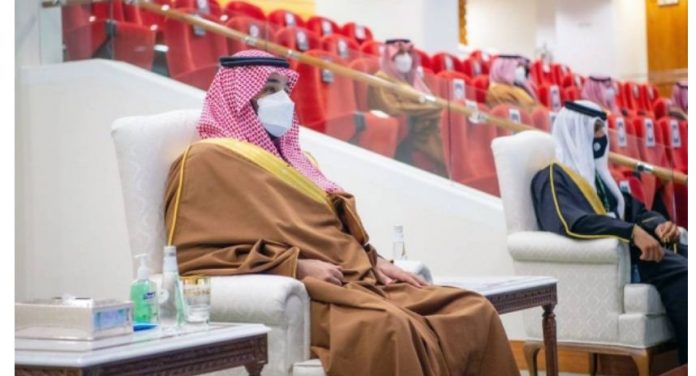 Charlatan, ridden by Mike Smith came into the race as a heavy favorite, but in the end could not hold off supreme ride by Egan on the 4-year-old Mishriff. Great Scott, ridden by Saudi jockey Adel Alfouraidi, came in a distant third.

On behalf of Custodian of the Two Holy Mosques King Salman — honorary president of the Horse Races’ Club, Crown Prince Muhammad attended the Saudi Cup 2021, in its second edition, which is the most valuable in the history of the world horse races.

Following the national anthem, the horses taking part in the race were introduced into the parade track, before the Crown Prince, in a two round parade, prior to the start of the race. All participant jockeys took part in the parade.