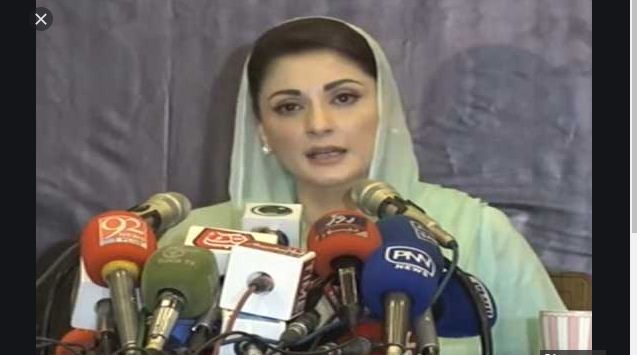 While addressing a press conference here in Lahore, the PML-N leader
alleging massive rigging in the NA-75 by-election, demanded re-election
in the Daska constituency.

“We demand a re-poll in NA-75 Daska instead of polling on only 20
polling stations adding that PML-N will not sit quite until a re-poll,”
the PML-N Vice President said.

“Some 20 or 22 presiding officers disappeared for 12-14 hours,” said
Maryam Nawaz. No one knows where they disappeared for 14 hours and what
were they doing. She said that the Election Commission kept calling them
last night but couldn’t contact them.

Maryam Nawaz has said that PML-N got a resounding victory in the three
constituencies Nowshera, Wazirabad and Daska. She said that the people
of Daska, Wazirabad and Nowshera had woken up after the 2018 elections
and kept watch over the votes in by-polls and caught the vote thieves.

While congratulating Ikhtiar Wali on winning the election she said that
after visiting Nowshera it became clear that PML-N will win the election
adding that Nawaz’s statement has won there.

Maryam Nawaz also saluted her party leaders and workers who guarded
their votes and caught the “thieves” red-handed. “Our Shers (lions –
party workers) snatched back the votes from a “crocodile’s jaws”.

Maryam also extended condolences to the people who died a day earlier
during violence amid the by-polls. “I don’t know which party they were
belonged to but their death is regrettabale,” she added. The PML-N
leader said that a “plan” was made in Wazirabad and Daska because it was
“clear that PML-N was in the lead” there.

She said in Nowshera, the government did not see the PML-N’s victory
coming, because it had not won there before. Maryam claimed the
government’s own camps were “empty” and there was a lot of visible
support for the PML-N. “So they resorted to firing in broad daylight.
There is a video in which you can see the PTI candidate and his
relatives firing,” she alleged, adding that it led to the tragic deaths
of “two children”. A video was then played showing the said candidate
with a red circle marked around him for identification.

“A video never lies,” Maryam said, adding “When there is evidence, it is
shown. Allegations are not levelled just like that.”  DNA