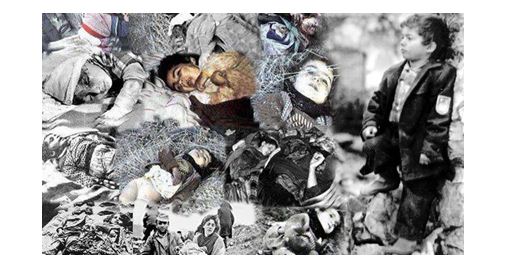 Adviser of the State Committee on Religious Associations of the Republic of Azerbaijan, independent researcher in International Relations

On February 26 of this year the Azerbaijani people commemorate the 29th anniversary of the Khojalytragedy – one of the unprecedented bloody massacres in the modern history of the world.The massacre in Khojaly is the inhuman page of the policy of ethnic cleansing and genocide committed by the Armenian aggressors against the ethnic Azerbaijani people for more than two hundred years.

29 years have passed since this ruthless tragedy. On the night of February 25-26, 1992, the Armenian armed forces, violating all the rules of international law and principles, brought heavy military weaponry into the city of Khojaly and carried out a mass murder against the peaceful population of the city that they razedit to the ground.As a result of themilitary aggressionperpetrated by the Armenian armed forces, 613 people were killed, including 106 women, 63 under age children, 70 old people. More than 1,000 civilians, including 76 children were injured in various degrees, became disabled. 1275 people were taken prisoner, 8 families were completely vanished, 25 children lost both parents, 130 children lost one parent. Of those who perished 56 were killed with particular cruelty: they were variously burned alive, decapitated or had eyes gouged out, while pregnant women were bayoneted in the abdomen.

Nowadays, the “Justice ForKhojaly” International Awareness Campaign,which is being implemented by the OIC Youth Forum in more than 40 countries, aims to inform the international community about the facts of the Khojaly tragedy.The “Justice for Khojaly”(www.justiceforkhojaly.org) campaign was launched on 8 May 2008, at the initiative of Leyla Aliyeva, General Coordinator of the Islamic Conference Youth Forum for Dialogue and Cooperation. The campaign’s activities are also directed towards honouring the victims and keeping their memories alive, particularly by constantly informing the younger generations and supporting the survivors and seeking ways to relieve their suffering. To date, more than 120,000 people and 115 organizations have joined this campaign.

Azerbaijan Republic and its people will never forget the Khojaly tragedy, which left an indelible mark. Since then, we commemorate the memory of the victims of the genocide every year on February 26.Annual events are arranged to honor the Khojaly genocide under presidential orders of the Republic of Azerbaijan. In 2017, a nationwide march was held in Baku to commemorate the 25th anniversary of the Khojaly genocide. The world must not remain silent in the face of the Khojaly realities, and work to punish the criminals. Our only demand is to recognize the Khojalytragedy as the genocide by all countries of the world.