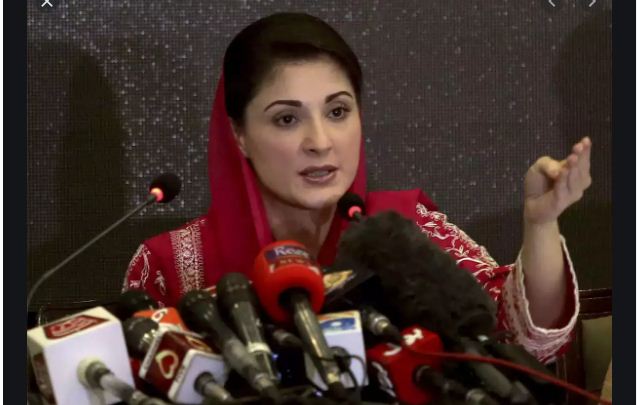 In an exclusive chat with a private television channel in Islamabad, Maryam said “We will Insha’Allah reach D-Chowk on March 26.”

The PML-N vice-president told the government “Resort to shelling or lathi-charge or kill us – we will not back down from striving for the rights of the masses.”

Earlier, Maryam Nawaz said she did not have the words to express her grief and sorrow for those who had been whisked away by the authorities in Balochistan and elsewhere in Pakistan.

Speaking to the relatives of missing persons protesting in Islamabad, Maryam, while addressing Prime Minister Imran Khan, said, “Despite the fact that you are a ‘selected’ prime minister, but at least you can tell these protesters the whereabouts of their loved ones, if you cannot order their recovery.” She also appealed to the country’s agencies to at least tell the relatives of missing persons the place where they had been kept.

“I appeal to the chief of army staff and the DG ISI to look into complaints of these people,” she said, and added what was the use of forming a commission on missing persons when its findings were not to be implemented.

“Imran, you are not accountable to these agencies, but to Allah (The Almighty). Please, at least, do not say these words that I will not be blackmailed by placing corpses on roads,” the PML-N vice-president said in a reference to the protest by members of the Hazara community against the killings of miners belonging to their community in January this year.

“Look into the eyes of these protesters. They are as good as dead,” she asked PM Imran, and said, “One of your ministers, while commenting on the use of expired tear gas on protesters, had said this was done just for the sake of an experiment.

“At least do not rub salt into the wounds of these people,” she implored.  She said she had come there to express solidarity with the protesters.

“There is no point in remaining in the office if a government is to remain indifferent to these people’s plight,” she said categorically.  She expressed surprise that why these missing persons were not produced in courts when they had been created precisely for the same purpose.

“If you have limitations, then at least share grief of these protesters who are yearning for the safe return of their relatives,” she beseeched. Maryam said when Amina Janjua’s husband had been picked up, the FIR had been registered on behalf of the prime minister of that time.  “At least, you can do this favour to them,” she concluded. = DNA