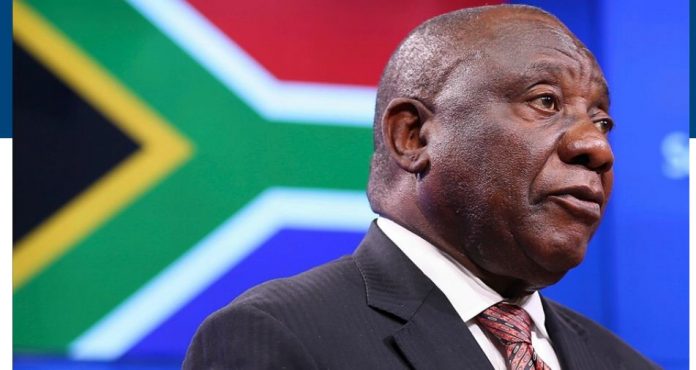 CAPE TOWN, FEB 12 – Corruption is one of the greatest impediments to South Africa’s growth and development, President Cyril Ramaphosa said late Thursday, vowing to take action against the vice.

Delivering his State of the Nation address to a joint sitting of the houses of parliament, Ramaphosa said revelations made at a commission of inquiry probing graft laid bare the extent of state capture and related corruption.

State capture is a form of corruption where businesses tend to influence politicians to take decisions to favor their business interests.

“Testimony at the commission has shown how the criminal justice system was compromised and weakened,” Ramaphosa said.

He further said that the government has started implementing the National Anti-Corruption Strategy, which lays the basis for a comprehensive and integrated society-wide response to corruption.

“We will shortly be appointing the members of the National Anti-Corruption Advisory Council, which is a multi-sectoral body that will oversee the initial implementation of the strategy and the establishment of an independent statutory anti-corruption body that reports to parliament,” Ramaphosa said.

The commission was established in 2018, shortly before former President Jacob Zuma stepped down as head of state amid pressure from his own ruling African National Congress party (ANC) regarding allegations of corruption and other offences.

Zuma is accused of giving lucrative state contracts to the Guptas, a wealthy Indian family that was close to him.

The Guptas are said to have influenced Zuma’s appointments of top government officials, including ministers whom they would later use to win lucrative contracts.

However, both Zuma and the Guptas deny the allegations.

Officials believed to have links to the Guptas or the Zuma family have been called to testify at the commission.

Ramaphosa said his government was determined to fight corruption, giving an example of how they had quickly put an end to possible incidents of fraud and corruption in the procurement of COVID-related goods and services.

“We acted decisively to put a stop to these practices, to investigate all allegations and to act against those responsible,” he said.

Ramaphosa said his government established a “fusion center” which brings together key law enforcement agencies to share information and resources.

“The Fusion Center has brought many cases to trial and preserved or recovered millions of rands in public funds,” he said.

The president said the Special Investigating Unit has finalized investigations into 164 COVID-19 procurement fraud contracts at the value of 3.5 billion rand (US$239.3 million).

Ramaphosa also said that crime and violence continue to undermine people’s sense of safety and security in the country. The president said tackling crime is central to the success of the country’s post COVID-19 recovery.

“We have taken steps and will continue to stop these crimes and deal with those responsible in terms of the law,” he said.

South Africa has one of the highest incidents of crime on the continent.