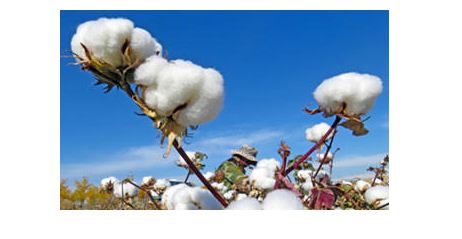 BEIJING, Feb 10 (DNA): Cotton production in Pakistan witnessed a massive decline of about 35% to 5.57 million bales by the end of January, 2021, the lowest in 30 years, Gwadar Pro reported on Wednesday quoting Pakistan Cotton Ginners Association (PCGA).

While multiple reasons can be identified behind the cotton plight, vigorous efforts are under way to reverse the tide.

The decline in cotton growth is mainly due to pests and drought, seed degradation, and reduction of planting area.

“This year, white fly had caused serious impacts on cotton, even higher than those caused by pink worm.” As estimated by Prof. Dr. Jalal Arif from the Agriculture University of Faisalabad, the devastation brought by pink worm and white fly is as high as four million bales.

In addition, high temperatures during the critical month of September hampered the development of fruiting bodies. Heat tolerant cotton varieties are needed to fight against global warming, but there is still a long way to go. “our farmers are trying their best but with no success so far”, noted Zafar.

Pakistani cotton farmers also face a decline in seed quality that agricultural scientists say was in place 20 years ago.

After introduction of BT cotton, an insect-resistant transgenic crop designed to combat the bollworm, in 2001, virtually no pest control or crop management has been done because they are deemed as unnecessary. But now the seed has lost its genetic superiority.

Under the threat of pest attack, uncertain weather conditions, and insufficient availability of certified seed, the cost of cotton growth has risen continuously in recent years, pushing more farmers to switch to other remunerable crops like corn, rice, and sugarcane.

As a result, the area devoted to cotton is projected to decrease by 12 percent in the current fiscal year 2020-21.

As Pakistan’s “silver plant”, cotton is an important cash crop and lifeline of the textile sector, which has 55 to 60pc contribution in overall exports of the country. Experts estimate that Pakistan’s cotton production will not surpass 4.5 million bales this year.

The Centre of Excellence in Molecular Biology (CEMB), Punjab University in Lahore has gained approval of double and triple gene BT cotton for commercial use.

These endeavors are coming into fruition. Cotton grower Muhammad Naseem Khan has made his cotton fields insect-free in 2020 with the new seeds.

“For next year, I will produce my own seeds by selecting the best from 4-5 varieties I have sown. If imported seed are available then initially, we will be sowing them on smaller acreage on trial.”

As per a Media’s report, the government has decided to give subsidies to the cotton growers.

It also intends to implement seed act which will not only increase cultivation area through crop zoning to stop farmers from switching to other crops, but also make it more profitable for farmers.

Moreover, valuable insights and lessons can be learned from Pakistan’s good neighbor China, who has already made significant breakthroughs to overcome these problems.

So far, substantial achievements have been attained with 1000 new crosses of shared parentage under screening at the experiment field in Henan Province of Central China.

According to Muhammad Shahid Iqbal, a Ph.D. scholar on the cooperation program, entering into the next phase of the research, “selected lines from these crosses will be further evaluated across various locations of China and Pakistan to choose the best varieties”.

“It’s beneficial for both sides because the geological proximity and similar weather conditions in some parts of the countries mean more convenience and efficiency in conducting field experiments,” Shahid said.=DNA