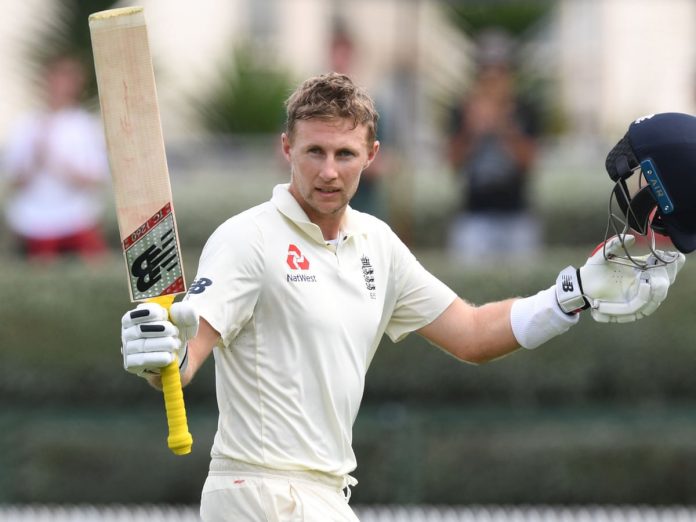 New Delhi, Feb 4  : England skipper Joe Root goes into his 100th Test on Friday seeking a repeat of how he started his illustrious career — with a rare series win on Indian soil.

Root, 30, will lead England in the four Tests knowing that he needs a win to stand any chance of reaching the inaugural World Test Championship final in June.

Root made his debut in 2012 at Nagpur in the fourth match of a series won by England 2-1 under Alastair Cook, their last triumph in India.

His career has had its highs and lows but Root has established himself as one of the world’s top batsmen.

“I think walking out in an England shirt will probably be the proudest moment,” Root told reporters on Thursday, on the eve of the opening Test in Chennai.

“I look back at walking up to bat and see Kevin Pietersen stood at the other end, someone whom I watched as a teenager and a kid growing up. I just couldn’t stop smiling. I was living my childhood dream.”

He added: “If I am ever going through a bit of lean spell or things aren’t quite falling for me then I try and look back at that moment and remember what that feeling was like.”

After his debut, Root was involved in a Birmingham pub brawl in 2013 when he was punched by Australia’s David Warner.

But he matured to become a batting mainstay and an impressive team leader.

Root failed to hit a century in 2020 but rebounded with innings of 228 and 186 in successive Tests in Sri Lanka last month.

Former England captain Nasser Hussain called Root a “one in a million” player who England should be proud of.

“It’s the fact that he does so much for English cricket, on and off the field,” Hussain wrote in the Daily Mail when in England were in Sri Lanka.

“When he phoned that lone England fan, who had watched the first Test from the walls of the Galle Fort, at the end of the game, I just thought what an impressive guy he was.”

Root has said the Warner incident made him “reassess things” as he turned from team joker to a serious player who concentrates on scoring runs.

Root played the sweep and reverse sweep shots brilliantly as he tackled the Sri Lanka spinners on a turning pitch at Galle.

“He has always had a brilliant game against spin bowling. He is one of the best exponents of the sweep shot and he picks length brilliantly which is a big strength when playing against spin,” teammate Jos Buttler said.

“He is in great form and that is a great place for him to be at the start of the year, and for the team to watch him and learn from him,” Buttler added.

Even though England have now won five overseas Tests in a row, their best run for more than 100 years, Root will need all of his guile to take on India on their home turf.

He knows that first-innings runs will be key to any hopes of success. India scored at least 400 in the first innings of all five Tests when they smashed England 4-0 on their last visit in 2016-17.

He is known to have studied the tactics of other England captains who have won in India. And win or lose, he is certain to keep the captain’s job.

Root made his debut days before his 22nd birthday but soon found favour as a regular in the England XI and a probable captaincy prospect.

After taking over when Cook stepped down as Test in 2017, Root has led England to 25 Test wins in 46 matches. His 54 percent win rate is second only to Mike Brearley (58.06) among captains who have led the team in 15 or more matches.

England’s new star fast bowler Jofra Archer says it is reassuring to play under Root, who he calls a “great man manager” and “a great person”.