ISLAMABAD, AUG 28 (DNA) – Foreign missions on Wednesday morning launched Clean and Green Diplomatic Enclave drive by collecting waste from various parts of the Enclave. The campaign was launched under the DiploGreen initiative spearheaded by Canada, France, Germany, Japan, the Netherlands, the UK and the United States.Diplomatic missions gathered in front of the Canadian High Commission early in the morning and then dispersed in various directions to collect waste. A large number of members of civil society also joined foreign missions in this noble cause. 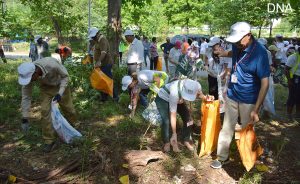 As a first effort under this initiative, employees and volunteers from various missions led a two hour recycling drive and cleanup across the diplomatic enclave.

The Cleanup and recycling drive was followed by a gathering at the Canadian high commission to continue the conversation about environmental awareness at the local, national and global levels. 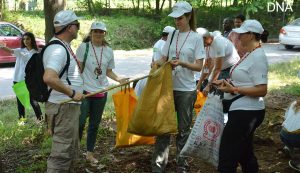 The gathering also gave participating diplomatic missions, as well as businesses and organizations opportunity to discuss their respective sustainability pledges in favor of a healthier environment.

Under these pledges, new environmental measures were discussed including banning single use plastics, starting a recycling program, committing to reduce energy or water usage or supporting awareness campaigns.

High Commissioner of Canada Wendy Gilmour said that she was delighted to announce the launch of DiploGreen, in collaboration with the embassies and high commissions of France, Germany, the Netherlands, Japan, the UK and the US. 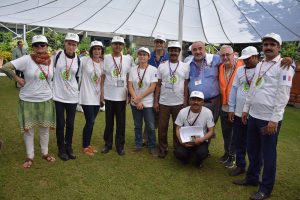 She further said their goal was to raise awareness about the environment. “Today the diplomatic community came together to clean and recycle our way ot a healthier environment for us all’, she added.

The Canadian envoy noted that we were all impacted by environmental issues. It was imperative that we continue to work tougher across geographic and political boundaries to protect our natural surroundings, she concluded.

DiploGreen is an extension of France’s sustainable development programs currently implemented in Pakistan. The French embassy has started early this year to reduce its own environmental impact in the country first by banning the single use plastic utensils in events it is organizing.

This action will be soon followed by the implementation before the end of the year of recycling procedures for the internal functioning of the embassy, with a local player of recycling sector.

The French embassy representative on the occasion told that they were studying the progressive adaptation of our embassy to partly renewable energy with solar panels.

France has also contributed significantly for sustainable development of Pakistan with a portfolio amount of 973 million euros and 23 projects financed since 12 years.

The French development agency is mainly active in Pakistan through its massive support to green energy.

In February 2019 the embassy launched a communication campaign called #Greentit which intends to raise awareness about the need of environmental protection.

The upcoming construction of a new embassy building will significantly enhance the level of energy efficiency as modern building insulation and windows will reduce the need for cooling and heating.

Additionally photovoltaic system will be installed and will contribute to the embassy’s greener footprint, the German embassy representative told.=DNA