TIANJIN, (DNA) — Bella Wang barely noticed the section on the application inquiring whether she was married or had children. Employers in China routinely ask women such questions, and she had encountered them before in job interviews.It was a surprise, though, after she accepted a position as a manager at the company, a big language-training business in the northern city of Tianjin, when she was told the job came with a condition.

As a married woman without children, she would have to sign a “special agreement” promising not to get pregnant for two years. If she broke that promise, the company said, she could be fired, without compensation.

Ms. Wang, 32, fluent in English with a degree in international trade, was outraged — but she signed.

Such agreements are illegal but increasingly common in China, where discrimination against women is on the rise. From the womb to the workplace, from the political arena to the home, women in China are losing ground at every turn. 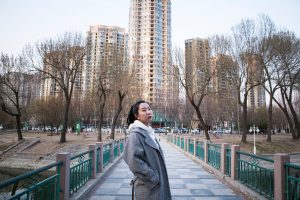 Driving this regression in women’s status is a looming aging crisis, and the relaxing of the draconian “one-child” birth restrictions that contributed to the graying population. The Communist Party now wants to try to stimulate a baby boom.

But instead of making it easier for women to both work and have children, China’s leader, Xi Jinping, has led a resurgence in traditional gender roles that has increasingly pushed women back into the home.

“When the state policymakers needed women’s hands, they sent them to do labor,” said Wang Zheng, professor of women’s studies and history at the University of Michigan. “Now they want to push women into marriage and have a bunch of babies.”

In a stark turnaround from the early decades of Communist rule, officials now look the other way when employers, reluctant to cover costs related to maternity leave, openly pick men over women for hiring and promotions. At home, women are increasingly disadvantaged in divorce and losing out on gains in the country’s property boom.

As a result, Chinese women are being squeezed out of the workplace by employers who penalize them if they have children, and by party officials urging them to focus on domestic life. At the same time, those who have managed to keep working are increasingly earning less relative to men.

Mao famously told women they held up “half the sky” and outlawed arranged marriage and the practice of taking concubines. Despite political turmoil and persistent bias, Chinese women entered the work force in record numbers, began to enjoy greater rights and were celebrated for their economic contributions. 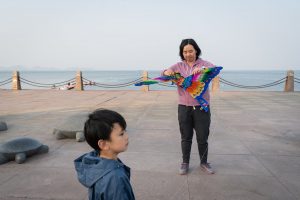 Thirty years ago, when the country first began implementing market reforms, Chinese women earned just under 80 percent of what men made. By 2010, according to the latest official data, the average income of women in Chinese cities had fallen to 67 percent that of men, and in the countryside 56 percent.

In a break with the Marxist ambition of liberating women from patriarchal oppression, President Xi has called on women to embrace their “unique role” in the family and “shoulder the responsibilities of taking care of the old and young, as well as educating children.”

“No Communist leader before Xi has dared to openly say that women should shoulder the domestic burden,” Professor Wang said.

Eager to preserve the stability of the family unit, the party has also done little to help women following a recent court ruling that weakened their claim to property in divorce proceedings. And with divorce numbers on the rise, millions of Chinese women have been cut out of the nation’s real-estate boom, experts say.

To be sure, with China’s rapid economic transformation, women are living longer, earning more money and graduating from university in greater numbers than ever before.

But the country’s gains have disproportionately benefited men. Gender is now one of the most important factors behind income inequality in China, perhaps more so than even the longstanding divide separating Chinese cities and the countryside, according to a recent study.

Over the past decade, China’s ranking in the World Economic Forum’s global gender gap index has declined significantly — from 57th out of 139 countries in 2008 to 103rd in 2018.

China once enjoyed one of the highest rates of female labor force participation in the world, with nearly three in four women working as recently as 1990. Now the figure is down to 61 percent, according to the International Labor Organization.

“When it came to promoting women’s rights, China used to be in the lead,” said Feng Yuan, a feminist scholar in Beijing. “But now we are falling behind.”

‘Either way, we will lose’

Since signing the special agreement two years ago, Ms. Wang has been terrified of getting pregnant, and for good reason: In her first months on the job, a pregnant co-worker was fired.

Nigerian envoy gives an emotional send off to citizens