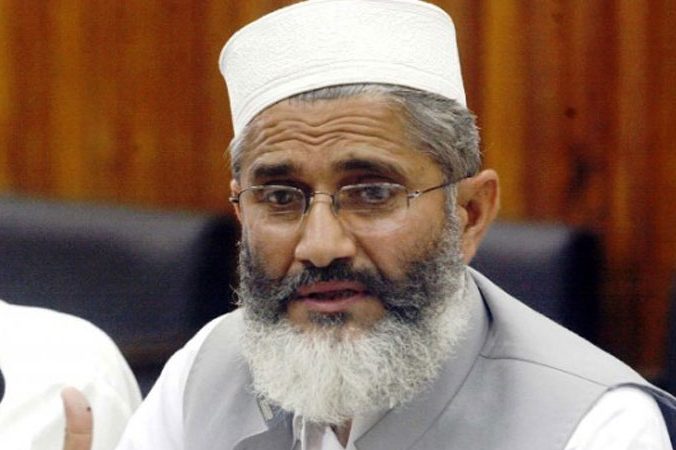 ISLAMABAD, Nov 13 (DNA): Ameer, Jamaat e Islami, Pakistan, Senator Sirajul Haq, has called upon the government to explain its position in respect of Aasia Masih’s presence within the country and PTI woman MNA’s proposal for the recognition of Israel.

Addressing a press conference at Mansoora, he said that if Aasia Masih had already been sent abroad, it would mean that this was something preplanned and the Supreme Court proceedings were only a formality.

The JI chief said that in order to end the unrest and commotion among the masses on Aasia’s issue, the government should immediately file a review petition before the apex court and the full court of the Supreme Court should hear the matter. He also demanded immediate revival of a special cell in the Religious Affairs Ministry on the Tahafuz e Namoos e Risalat.

He impressed upon the government to move a formal application before the International Court of Justice for the release of Dr. Aafia Siddiqui.

Stressing that the profanity of the Prophets of Allah was a blatant terrorism and a serious threat to the world peace, the JI chief impressed upon the government to move a resolution before the UN from the platform of the OIC for declaring profanity of the messengers of God a cognizable crime.

Sirajul Haq said that so far, no sensible action had come forth from the government on Aasia Masih’s issue. He said the issue was not dead.

He said that the intolerance among the masses was the result of the government policies and decisions. He said that the parties and the elements which had never respected Supreme Court decisions were also criticizing the public reaction on Aasia Masih’s issue.=DNA