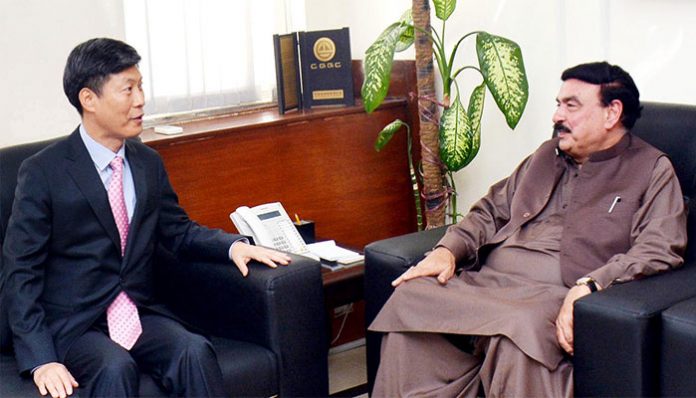 Kwak Sung-Kyu, Ambassador of South Korea to Pakistan called on Sh. Rasheed Ahmad, on Monday at ministry of Railways.

The Ambassador showed interest in up gradation of Ml II and III.

A high-power South Korean delegation is coming to Pakistan and will visit different departments of Pakistan Railways on 3rd December this year.

Rasheed said that up gradation of ML I, II and III is his priority.