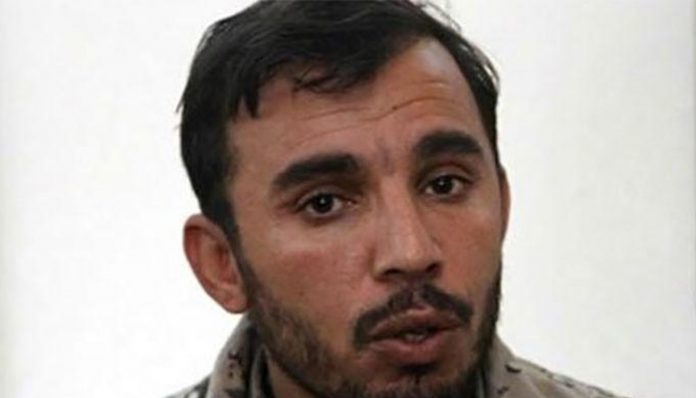 KANDAHAR, (DNA) – : Gen. Abdul Razeq, one of most powerful Afghan security officials, was killed on Thursday when a bodyguard opened fire following a meeting in the governor’s compound in the southern province of Kandahar, officials said.

Gen. Scott Miller, the top US commander in Afghanistan who had been at the meeting with Razeq only moments earlier, was not injured in the attack. Governor Zalmai Wesa and a regional army commander Nabi Elham were fighting for their lives in a hospital, officials said. Earlier, the international press reported him dead along with Nabi Elham.

The Taliban claimed responsibility for the attack, saying they had targeted both Miller and Razeq, who had a fearsome reputation as a ruthless opponent of insurgents in their southern Afghan heartlands. Responding to the shooting, Pentagon spokesman Lieutenant Colonel Kone Faulkner told Reuters that the attack will not change the US resolve in its South Asia strategy if anything it made them more resolute.”

The attack was a devastating blow to the Afghan government ahead of parliamentary elections on Saturday, which the Taliban have vowed to disrupt. The attack underlined how precarious the situation remains in Afghanistan even after Taliban and US officials had opened preliminary contacts aimed at establishing the basis for future peace talks.

Officials said Razeq, Miller and the other officials were walking towards a landing zone as the helicopter taking the US general’s party back to Kabul approached to land when the gunman, who was waiting outside, opened fire on the group.

“Provincial officials including the governor, the police chief and other officials were accompanying the foreign guests to the aircraft when the gunshots happened,” said Jan Khakrezwal, the head of the provincial council. At least two hand grenade explosions and sporadic gunfire from around the compound were also reported by officials.

The three Afghan officials were all severely wounded when the gunman opened fire and two members of Miller’s protection detail were also hit in the crossfire but Miller, who took command of US forces in Afghanistan and the Nato-led Resolute Support mission last month was not injured. Local officials said Miller appeared to have been saved by his body armour but there was no immediate confirmation from the Nato Headquarters.

“The brutal police chief of Kandahar has been killed along several other officials,” a Taliban statement said.

A cameramen working for Afghanistan’s RTA state television was also killed on Thursday, the director of the Afghanistan journalists center, Ahmad Quraishi, said.

Five Czech soldiers have been injured in an apparent suicide attack on a military convoy in Afghanistan only two months after three others were killed, the Czech Defence Ministry said on Thursday. “The attack on the Czech patrol occurred on Wednesday around 1220 GMT near the Bagram base in the Parwan province,” the ministry said in a statement.

The five soldiers were injured when an Afghan civilian car loaded with explosives was blown up as the convoy led by an American vehicle was passing by. The blast swept the Czech vehicle with six soldiers — the sixth in the convoy — off the road and made it roll over to its side, Czech army chief of staff Ales Opata told reporters at a Thursday briefing in Prague.

Meanwhile, Pakistan on Thursday strongly condemned the terrorist attack resulting in the death of senior Kandahar security officials and causing injuries to many others.

Prime Minister Imran Khan condemned the incident, saying the people and the security forces of Afghanistan have been paying a heavy price due to continued instability and threats from the enemies of peace.

“Pakistan stands by the government and the people of Afghanistan in their quest for lasting peace and stability,” he said in a statement. “Peace in Afghanistan is critical to the regional peace and development.”

Khan noted that Pakistan suffered similar attacks during its own electoral process and they could feel the pain of the people of Afghanistan.

“Pakistan stands with the Afghan government and people and reiterates its support for the Afghan democratic process,” read a separate statement issued by the Pakistani Foreign Office. “We hope that the parliamentary elections, due to take place the day after tomorrow, would be held peacefully. Strengthening of democracy is key to long term peace and security in Afghanistan.”

“Wish to see Afghan and other security forces succeeding to bring an end to this prolonged violence in Afghanistan,” the COAS was quoted as saying by Maj Gen Asif Ghafoor, Director General of the ISPR. “Peace in Afghanistan is essential for peace in the region. Support all initiatives towards this end,” COAS said.