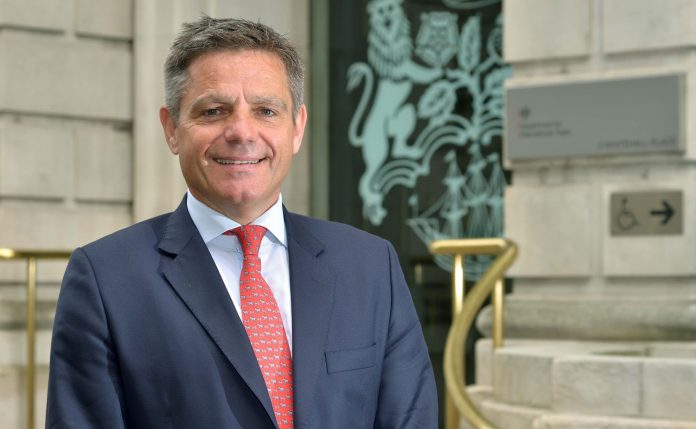 ISLAMABAD, OCT 10 (DNA) – The UK’s Department for International Trade has this week welcomed Simon Penney in the new role of Her Majesty’s Trade Commissioner (HMTC) for the Middle East, Afghanistan and Pakistan.Appointed by the UK’s Secretary of State for International Trade, Dr Liam Fox, the former banking chief executive becomes the most senior UK trade figure to be based in the region.

In this new role, Penney will drive the UK’s trade and investment ambitions across the region, taking a leading role in efforts to boost export growth, two-way investment and, increasingly open up markets by seeking to help resolve market access barriers and create business environments making Pakistan an attractive place for UK companies to do business.

In September last year the Prime Minister appointed Member of Parliament Rehman Chishti as her trade envoy to Pakistan. He has visited Pakistan three times in that role. And now Simon Penney will lead the trade effort across the region. This is all part of the UK’s strong commitment to increase bilateral trade.

Speaking of his role, new HMTC for MEAP, Simon Penney, said: “The UK’s trading relationship with the region is already strong, but its true potential has not yet been tapped.

We want to work in partnership with businesses and governments to identify opportunities for greater collaboration.

This could be in traditional sectors of energy and infrastructure, but also in sectors’ which are key to transformation. Healthcare and life sciences, education, professional services and consumer goods are sectors where UK expertise has much to contribute.”

The Acting British High Commissioner to Pakistan, Richard Crowder, said: “Simon Penney’s appointment as Trade Commissioner for the Middle East, Afghanistan and Pakistan is a demonstration of the UK’s commitment to boost the UK-Pakistan trade relationship.

Last year our bilateral trade was almost £3bn. The UK has also overtaken China this year to become Pakistan’s second-largest export market in goods globally, but we want to see more UK companies doing business in, and with, Pakistan.”.=DNA