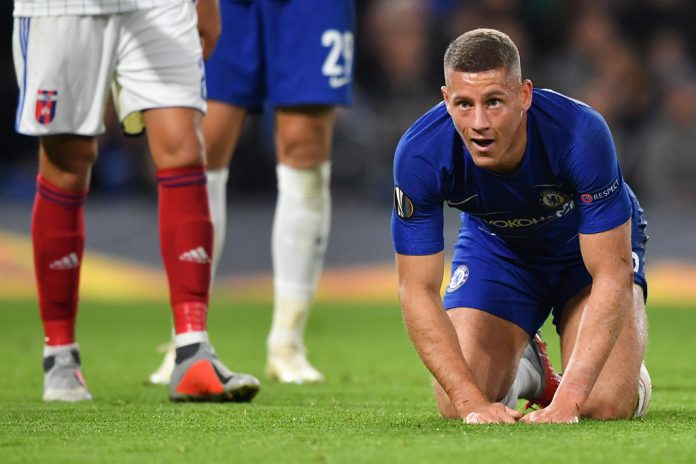 England Chelsea midfielder Ross Barkley is back in the England squad after an absence of over two years and believes he is finally ready to fulfil his potential.Barkley made his debut for England at the age of 19 and was tipped for the top, but has not featured during manager Gareth Southgate’s reign, missing out on the World Cup in Russia.

Yet following the arrival of Italian coach Maurizio Sarri at Stamford Bridge, Barkley has made an impressive start to this season.

“I’ve had difficult times over the last two years,” he told a news conference after training with England ahead of their Nations League games against Croatia on Friday and Spain on Monday.

“But I’ve kept a positive mind, worked really hard, fitness wise I’m feeling as good as I’ve ever felt before and I’m looking forward to the games ahead and the rest of the season.

“I’m over the moon to be back. It’s been a long time coming but I feel like I’ve worked hard over the last two years and I feel like it’s probably deserved.”

Barkley certainly appears to be a more confident character than when he was a young member of former England manager Roy Hodgson’s squad.

“I feel much more mature now, I feel like I’m ready to show what I’m capable of. To show I can produce the goods on game day,” he said.

“Maybe over the last few years I’ve been a bit inconsistent but now I’m fully focused on giving consistent performances.”

ICCI expresses condolences over the sad demise of S.M. Munir