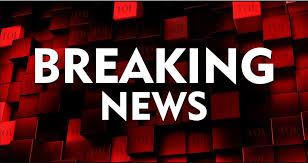 WASHINGTON, (DNA) – In Washington, the controversy surrounding the Senate’s consideration of President Donald Trump’s nominee to the Supreme Court, Brett Kavanaugh, has been especially intense because Republican senators are trying to ensure that he is confirmed before Americans go to the polls on Nov. 6.

While Republicans are most likely to maintain control of the Senate in the midterms, they are concerned that the Democrats might gain a slight majority and derail their efforts to ensure a conservative majority on the Supreme Court. This has raised the question among political commentators about whether control of the Senate is actually in play.

The US Congress has two parts: The House of Representatives and the Senate. Elections are held for all House seats every two years, so that chamber sees a lot of turnover. Senate seats come up for election every six years, but the elections are staggered so that only around one-third of senators face the public vote at a time.

The Republican Party currently holds majorities in the Senate and the House, as well as holding the White House. However, most observers agree that the Democrats are likely to win a majority in the House in the November elections. One of the most comprehensive polling models, from FiveThirtyEight, gives the Democrats a three in four chance of retaking the House, though that still leaves Republicans with some opportunity to maintain their majority.

The Senate, however, is different. FiveThirtyEight gives the Democrats only a two in seven chance of winning a majority there. Charles Cook, of The Cook Political Report, has said that, while there is a “plausible chance” Democrats could gain a majority, Republicans are still most likely to hold the Senate.

The electoral structure of the Senate, combined with modern US demographics, gives Republicans an ongoing advantage.

Additionally, the Democrats face an especially challenging electoral map in the Senate this year. FiveThirtyEight referred to it as the most challenging Senate map for Democrats since at least 1992, and many commentators have called it “brutal,” among other adjectives. Of the 35 Senate seats up for election this year, only nine are currently held by Republicans, leaving Democrats to defend 26 seats. Furthermore, about 10 of the Democrat-held seats up for election are in states that lean Republican, while Republicans are only defending one seat in a state that leans Democrat. To gain a majority, Democrats would have to effectively keep all their seats and win two that are currently Republican.

Which party controls the Senate is very important to US domestic politics. Along with the House, the Senate plays a key role is legislation affecting many aspects of life in the US. As the Kavanaugh hearings demonstrate, the Senate also reviews and confirms appointees to the Supreme Court and some other federal judicial positions.

The control of the Senate also matters to the world, given its special role in US foreign policy. The Senate reviews and must agree to the president’s appointments to principal positions in the Departments of Defense, State, Commerce and Treasury, among others.

Senate approval is required for any formal treaty. Congress as a whole has the constitutional power to declare war, though it has not formally done so since World War II, leaving questions about its modern role in guiding US military activities abroad. Both the Senate and the House can shape relations with other countries, such as putting restrictions on arms sales or requiring the imposition of sanctions.

Furthermore, both the House and the Senate have specific roles in any potential impeachment of the president. With calls from some parts of the Democratic Party to impeach Trump, the outcomes of the midterms are important to the future of his presidency. Given Trump’s central role in US relations with the world, the elections could have a big impact on US foreign policy.

The most likely outcome is a Democrat-controlled House and a Republican-controlled Senate interacting with the Trump White House to formulate US policies and laws. Given the highly partisan environment in the US, that relationship would be very contentious, with limited room for Congress to agree on actions. However, Trump would have some protection from impeachment and general support in the Senate for his foreign policy officials and policies. If the Democrats win both the House and Senate, the next two years of US politics will be about a hostile relationship between the executive and legislative branches of government, with uncertain outcomes for US domestic and foreign policy.