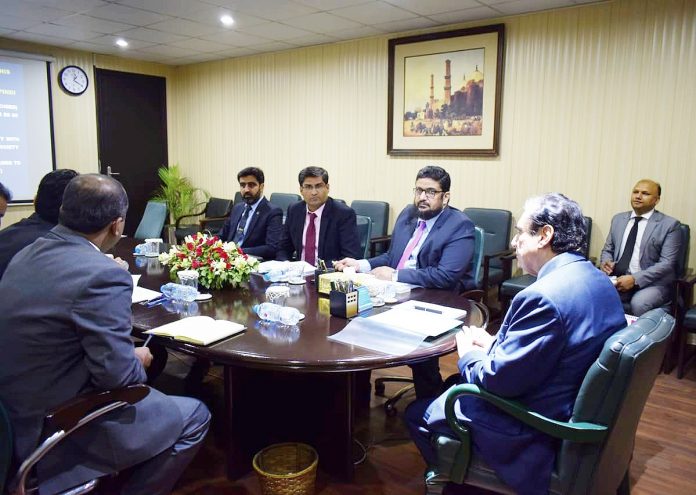 ISLAMABAD, (DNA) – Chairman National Accountability Bureau (NAB) Justice Javed Iqbal said that taking mega corruption cases to logical conclusion was utmost priority of the NAB.Presiding over a meeting at NAB Lahore, he siad  that the NAB was firmly determined to make Pakistan corruption free.  Elimination of corruption and recovery of NAB was topmost priority of NAB.

In the meeting the overall performance of NAB Lahore was evaluated especially progress in the investigations of mega corruption cases of 56 Public Limited Companies,recovery of amount looted by certain housing sociaties and cooperative companies in accordance with the law.

Chairman said NAB believes in holding accountable to all and sundry and taking action against the corrupt without caring about their position or status. NAB only believes in conducting action against the corrupt. He said NAB has apprehended as many as 476 accused in last 11 months.NAB conducts complaint verification against  216 accused , inquiries against 239, investigations against 79 and filed corruption references against 340 persons in relevant accountability courts.

NAB also recovered Rs 2410 million from the corrupt and deposited it into the national exchequer. He directed to complete inquiries, investigations and complaint verifications within the prescribed time limit.He warned the officers on non complaince to such orders.

He directed strict action against housing societies, cooperative housing societies, who failed to hand over plots despite receiving payments. Adding that NAB will not only recover the looted amount but also punish the responsibles. He lauded the performance of NAB Lahore under DG NAB and hoped that their performance would improve further in future.