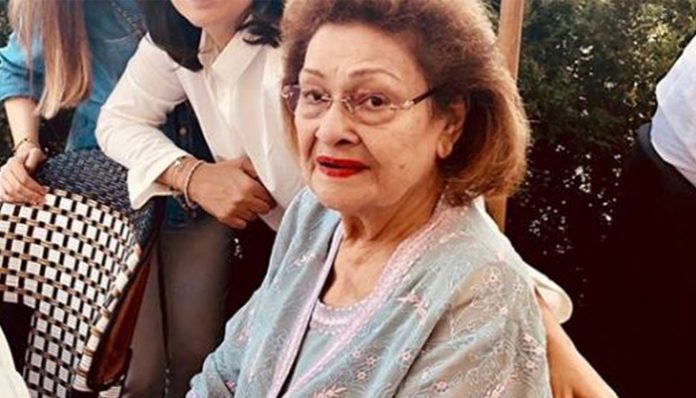 NEW DELHI, (DNA) – Krishna Raj Kapoor, wife of late legendary actor Raj Kapoor, passed away Monday morning at 87 after suffering from a cardiac arrest.“My mother passed away at about 5 am today due to cardiac arrest…old age was another factor. We are deeply saddened by her demise,” her eldest son Randhir told.

Actress Raveena Tandon broke the tragic news on the internet when she posted the following tweet:

Krishna Raj Kapoor married into the Kapoor dynasty when she tied the knot with Raj Kapoor in May 1946.