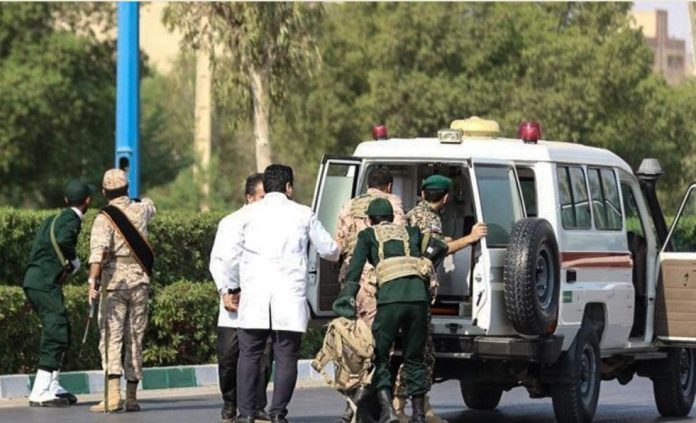 TEHRAN, (DNA) – Eighth people martyred and  Multiple casualties reported in southwest Iran after unknown gunmen opened fire during a military parade on Saturday, international media reported.“Shooting began by several gunmen from behind the stand at people watching the parade in Iranian city of Ahvaz. There are several killed and injured,” a correspondent told.

Iran is holding military parades in different cities, including Tehran, with the start of the Sacred Defense Week, which is observed every year to commemorate the country’s sacrifices during the 8-year long war imposed by Iraq in 1980.

The parades started on 8:30 local time and 30 minutes later, two unidentified men what are being termed as terrorists by Iranian media fired bullets at the civilian crowd watching the ceremony.

the two terrorists also intended to attack the military commanders and officials on the podium but they were wounded by the security forces.