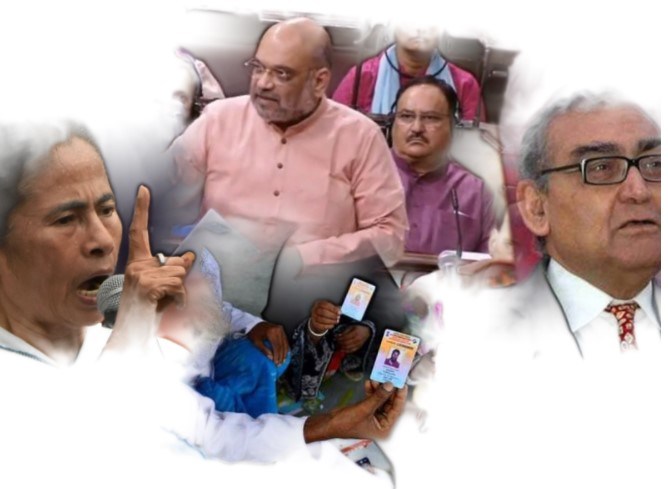 NEW DELHI, (DNA) – The largest state in northeastern India, Assam, is a governance nightmare. It is spread over 80,000 square kilometers of widely varying terrain, a lot of it densely forested and criss-crossed by dozens of tributaries of the Brahmaputra, the largest river in India, which literally cuts the state into two.

With a population of about 33 million, the state is home to more than 30 different ethnic communities and over a dozen principal tribes. It is also the only state in India with more than 30 languages or dialects.

It is also sharply divided along religious lines, with Muslims making up about 34 percent of the population, Hindus about 30, and the rest follow other religions including various tribal sects.

With such a diverse population, Assam has been in a turbulent state for a long time and witnesses frequent violent clashes.

With most of the tribes and communities having reached and settled in different parts of the state over a very long period of time, the Assamese identity is a complex one. During the late 19th century, the British colonial rulers brought in thousands of workers from the states of Bihar and Bengal to work on the tea plantations in Assam, and many of them stayed on. But the most controversial wave of migrations into Assam happened soon after independence in 1947 and in 1970-71, during the Bangladeshi independence war.

Over the last five decades, immigration from Bangladesh is believed to have continued due to a highly porous border.

India’s right-wing parties now say the waves of migration from Bangladesh have led to the “Islamization” of Assam, as Muslims now account for more than a third of the state’s population — the second highest in the country, after only Jammu and Kashmir. In 1979, a group of Assamese students launched a campaign, often violent, against migration into Assam, notably against “Bengali Muslims.” The agitation led to several violent incidents, including the horror of the 1983 massacre in Nellie. The official count of deaths in the violence that continued unabated for about a week was more than 1,800 villagers, though the unofficial count goes up to 3,000.

There has recently been a growing demand for an update of the National Register of Citizens, which lists all legal Indian citizens in Assam, but successive governments have been wary of opening this Pandora’s box. However, it was finally ordered by the Supreme Court and the mammoth exercise was completed last week.

The outcome was hardly a surprise, as more than 4 million of the 33 million residents were left off the updated NRC. Not all of the 4 million are Muslims or even foreigners. Yet, within hours of its publication, the extreme right-wing parties, including the ruling Bharatiya Janata Party, began demanding “deportation of the 4 million Bangladeshi Muslims.” To calm the situation, the Supreme Court immediately ordered no action to be taken against anyone until the final NRC is published, after giving another chance to those left out to present documents to prove their Indian identity.

Revising the NRC will take time, even though the Assam government has given those left out only two months to file their claims. In addition, activists and those left off the NRC could go to the courts and delay the final outcome for months, if not years.

A bigger challenge for the government will be to decide what to do with those left off the NRC, as Bangladesh has already refused to take anyone back. They face the risk that they will be abandoned as stateless persons within Assam, their home for years, if not decades or generations. Whatever the outcome, the issue comes at a very sensitive time, when Indian society is extremely divided, with mob attacks and lynchings becoming common, and with most of the victims being either Muslims or Dalits. The controversy over the NRC could add fuel to the fire.