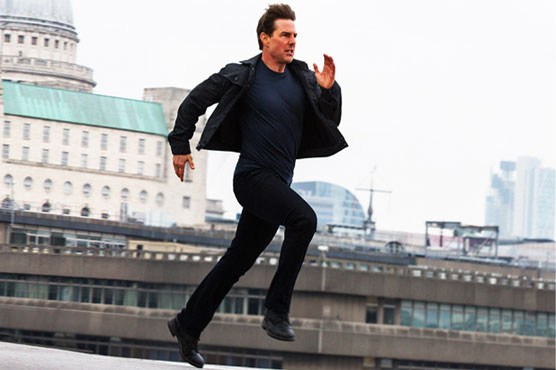 The Paramount/Skydance production took in an estimated $61.5 million for the three-day weekend, according to industry tracker Exhibitor Relations, more than quadrupling the $15 million earned by second-place “Mamma Mia! Here We Go Again.”

“Impossible” has 56-year-old Cruise, who famously still does his own cliff-hanging, car-rolling stunts, ordered to track down some missing plutonium and find a terror-minded villain. Critics seem to like the film despite its evident weaknesses: Though “often ridiculous,” the Washington Post wrote, the film “works amazingly well.”

Universal s “Mamma Mia” clung to the second spot for a second straight weekend, though its take was nearly 60 percent below its opening. With a star-studded cast including Meryl Streep, Amanda Seyfried, Colin Firth and Pierce Brosnan, the film uses plentiful flashbacks to fill in the story of Streep s carefree character on the only Greek island with a built-in ABBA soundtrack.