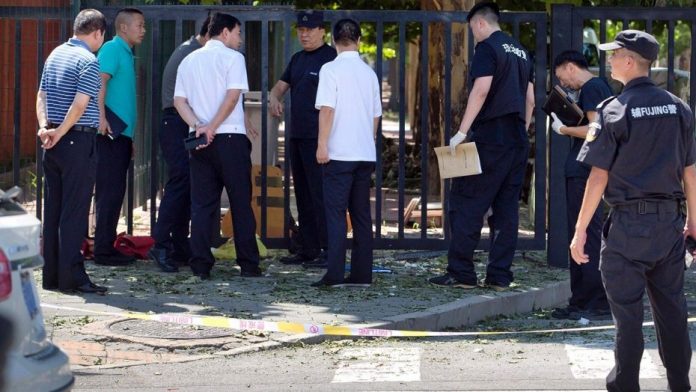 BEIJING, (DNA) – A small bomb was detonated outside the U.S. Embassy compound in Beijing on Thursday, the embassy told The Wall Street Journal.The bomber, a 26-year-old man, was injured in the incident, police said.The police statement identified the man only by his surname, Jiang, and said he was from the city of Tongliao in the Chinese region of Inner Mongolia.

The blast occurred around 1 p.m. local time and could be heard from blocks away.

Witnesses told they felt tremors, and later saw police examining a vehicle outside the compound.

Police reportedly “took away a woman spraying gasoline on herself in suspected attempt at self-immolation” at around 11 a.m.

China and the U.S. are in the middle of a trade dispute.