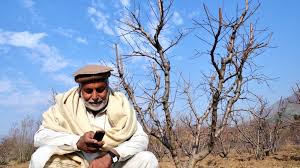 ISLAMABAD, (DNA) – After a Supreme Court decision for suspension of mobile taxes, prepaid customers have been enjoying tax-free voice and data services in Pakistan since June 13th, 2018.Postpaid customers, however, aren’t getting the same treatment as cellular companies have been taxing their postpaid customers like before, we have checked.

One telecom company told ProPakistani that they had written to Supreme Court for clarification on taxes for postpaid customers almost a month ago, but a response is still awaited.

Mobile companies are taxing their postpaid customers on the following rates:

Some postpaid customers think that they are treated unfairly as tax-relief — until a final decision is made — should be applied to everyone.

Others think that postpaid customers should be taxed as they are usually the high-end consumers who can afford to pay taxes. However, that’s just an assumption since not every postpaid user would be rich enough to come under tax-net.

Mobile companies think that they aren’t showing any discrimination, instead, they are just following orders and if anyone feels differently, they should go and contact the Supreme Court for any relief.

It may be recalled that the Supreme Court of Pakistan has asked FBR to formulate a way for taxing the mobile customers in a manner that only those customers who come under tax net are taxed.

Until any such formula is developed, mobile taxes are likely to remain suspended.

Amazon operation in Pakistan to unleash new vistas for exports