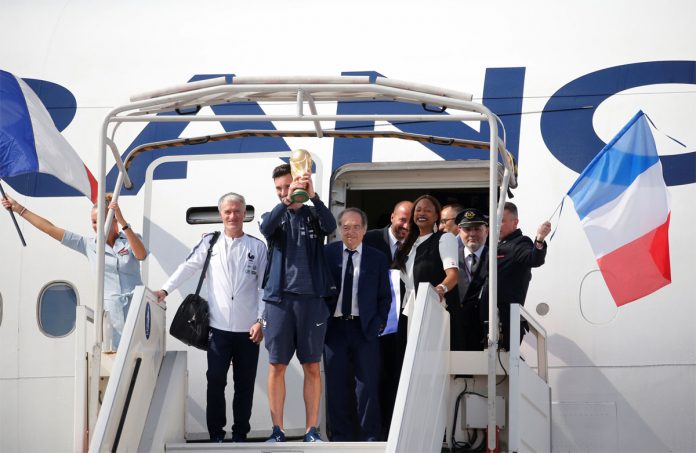 PARIS, (DNA) – : France´s World Cup winners arrived back home on Monday at the main airport near Paris, greeted by cheering crowds and a guard of honour from the fire brigade which sprayed water over their plane.Captain Hugo Lloris, flanked by coach Didier Deschamps, was the first to emerge from the Air France aircraft, raising the famed golden trophy before heading down the stairs and on to a freshly laid red carpet.