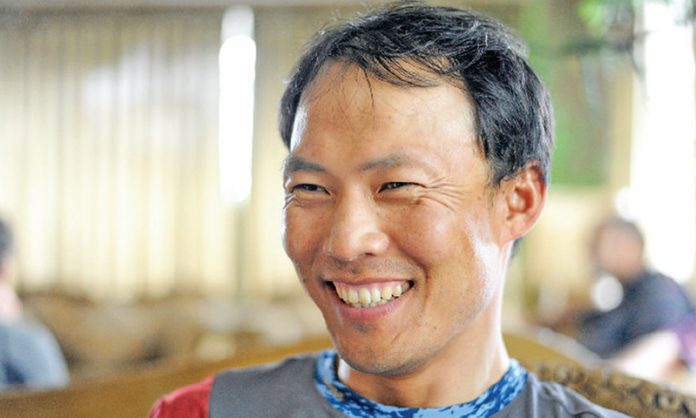 ISLAMABAD, (DNA) – An internationally renowned mountaineer of South Korea has successfully summitted the killer mountain ‘Nanga Parbat’. With this success in first week of July, Migon Kim has joined the very exclusive and prestigious club of best mountaineer in the world.

Kim is the 7th Korean and world’s 41st person to climb all the 14 peaks that are taller than 8,000 meters. Many of these tallest mountains are in Pakistan and they attract large number of mountaineering enthusiasts and climbers every year. Migon Kim is 6th from his country to summit 14 tallest peaks and he is very much excited about it.

To a question by this correspondent that why he choose such a difficult and dangerous profession, Kim said, it is not difficult at all. He just simply love the mountains and his passion is a driving force for him. When I climb, I feel if I found myself. It’s a sense of existence for me, Kim said.

To a question that what his feelings were when he summitted Nanga Parbat, Kim said that he had a slight doubt that he actually scaled the killer mountain. “I could not believe myself the fact that I scaled”, he added.

Kim has also expressed his gratitude for Pakistani people and lauded their hospitality. He narrated that one Pakistani army officer had asked him to scale Pakistani mountain as 14th peak that is taller than 8,000 meter. I kept this in my mind and I was committed to summit this mountain. He said that he was also overjoyed because he kept the promise to Pakistani people.

Kim has summitted Nanga Parbat in company with one Taiwan and one Nepalese Mountaineers. Kim is very much excited and he said that he would like to visit Pakistan’s Northern Areas again and again. Migon Kim is associated with Korean Expressway Corporation that supported his efforts to climb mountains in Pakistan and around the world. Migon Kim said that Pakistan is a country which has many high and beautiful mountains.