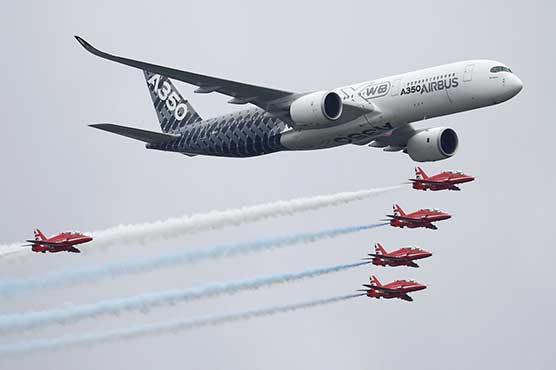 FARNBOROUGH, (DNA) – Top global plane makers land at the Farnborough airshow in England next week, hoping to pick up speed on demand for passenger jets while charting a path through Brexit and trade war turbulence.This year’s sector showpiece event, opening Monday, will be buzzing on the back of rapid changes in the industry, as US titan Boeing and European arch rival Airbus vie for superiority in the skies.

Chicago-headquartered Boeing could signal plans for its new midsize airplane (NMA), but reports suggest this could be derailed by the festering global trade war spearheaded by US President Donald Trump.

The pair will continue their head-to-head dogfight at the biennial Farnborough event locked in a battle for lucrative multi-billion-dollar jet orders.

Farnborough, southwest of London, is one of the world’s largest civilian and defence airshows, along with Paris and Dubai.

Visitors from almost 100 countries will flock to the event, which features air displays by civil and defence jets.