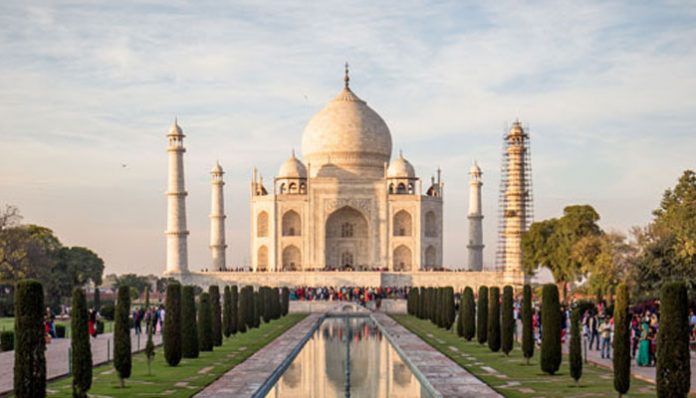 NEW DELHI, (DNA) – The Supreme Court on Monday refused Muslims to offer namaz at the mosque of Taj Mahal stating that the monument’s preservation is of utmost importance.According to the court, the historic Taj Mahal is one of the seven wonders of the world and must be preserved. It thus observed that there shouldn’t be any prayers performed at the monument.The court’s judgment is only applicable to outsiders and not locals as for now.

On January 24 this year, the district administration ordered that only locals having valid identities will be granted entry to the monument complex to perform prayers on Fridays.

Later, a petitioner had moved the SC against the district magistrate order.

Following this, the district administration instructed locals to carry identity cards with them on Fridays to prove they are citizens of Agra.

The administration’s move came following complaints that “outsiders” including Bangladeshis and non Indians enter the Taj Mahal complex on the pretext of offering namaz.

“Now, we will allow only residents of Agra city to offer namaz at the mosque located inside the Taj Mahal complex,” said Agra district magistrate Guarav Dayal.