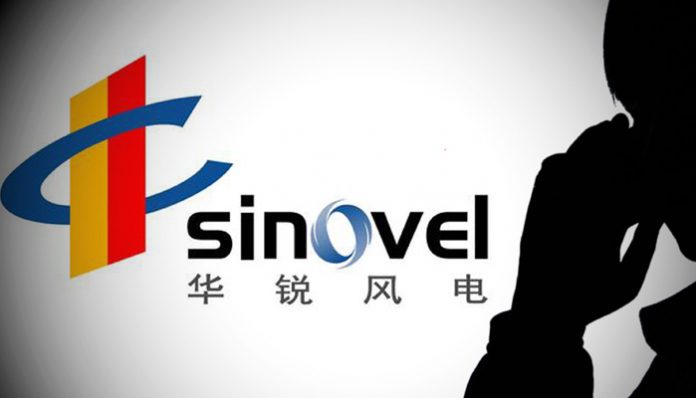 WASHINGTON, (DNA) – A US judge on Friday ordered Chinese wind turbine maker Sinovel Wind Group Co Ltd to pay a $1.5 million fine after the company was convicted of charges it stole trade secrets from Massachusetts-based AMSC.US  District Judge James Peterson in Madison, Wisconsin, also sentenced Sinovel to one year of probation, during which it must pay the unpaid balance of a $57.5 million settlement it struck with AMSC that was disclosed on Tuesday.

The U. S. Justice Department said Sinovel has already paid AMSC, formerly known as American Superconductor Corp, $32.5 million and will have to pay $850,000 to additional victims during the probation period.

The sentence came after a federal jury in January found Beijing-based Sinovel guilty on conspiracy, trade-secret theft and wire fraud charges. A lawyer for Sinovel did not respond to a request for comment. The Justice Department announced charges against Sinovel in 2013 amid heightened concern about Chinese theft of U. S. trade secrets and a legal battle in the Chinese courts pitting Ayer, Massachusetts-based AMSC against Sinovel.

The case centered on technology that AMSC developed to regulate the flow of electricity from wind turbines to electrical grids that Sinovel purchased for its products. Prosecutors said that Sinovel had contracted with AMSC for more than $800 million in products and services to be used in wind turbines it manufactured.

According to prosecutors, Sinovel conspired beginning in 2011 to obtain AMSC´s copyrighted information and trade secrets so that it could make wind turbines and retrofit existing ones without having to pay AMSC. Sinovel recruited Dejan Karabasevic, an employee of an AMSC unit, to join the Chinese company and to secretly copy information from AMSC´s computer system, including the source code for the PM3000, part of its wind turbine control system, according to an indictment.

Sinovel then commissioned several wind turbines in Massachusetts and incorporated into them software that the Chinese company compiled from the stolen PM3000 source code, prosecutors said. The Justice Department said AMSC subsequently lost more than $1 billion in shareholder equity and almost 700 jobs. Karabasevic, who lives in Serbia, was convicted in a related case in Austria in 2011.

US charges remain pending against him and two individuals who live in China and worked for Sinovel at the time, Su Liying, the deputy director of its research and development department, and Zhao Haichun, a technology manager.